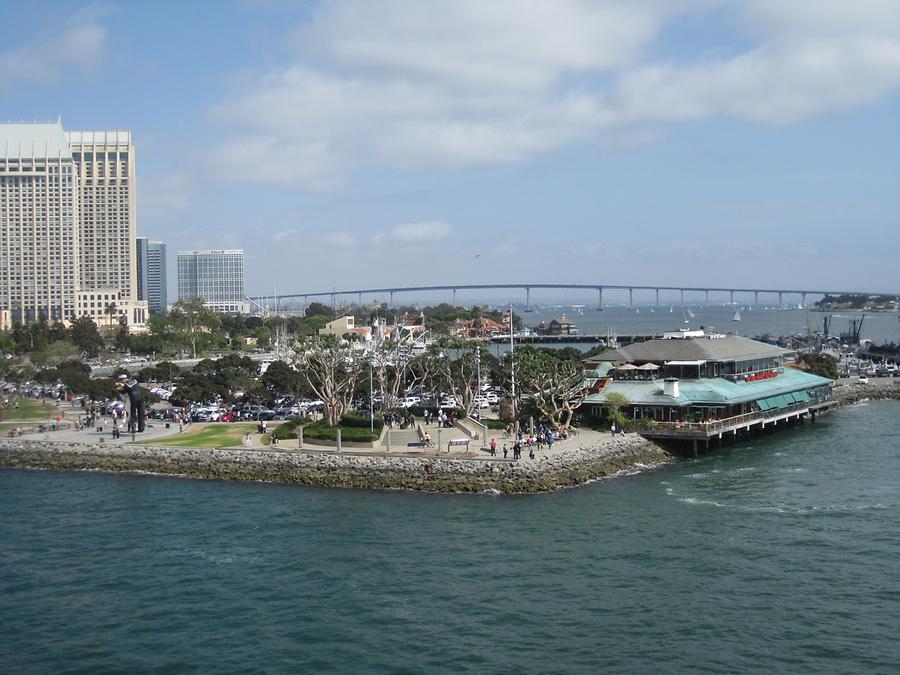 The San Diego-Coronado Bridge 32.6895029,-117.1556918 is a "prestressed concrete/steel" girder bridge, crossing over San Diego Bay, linking San Diego with Coronado. The U.S. Navy didn't not support the construction of the bridge because they feared, that the bridge could be collapsed by an attack or an earthquake and trap the ships stationed at Naval Base. By 1964 the Navy supported a bridge if there was at least 200 feet (61 m) of clearance for ships. To achieve this clearance the bridge length was increase by taking a curved path. The principal architect was Robert Mosher. Construction started in February 1967 and required 20,000 tons of steel and 94,000 cubic yards (~71868 cubic-meters) of concrete. The bridge opened to traffic on August 3, 1969.