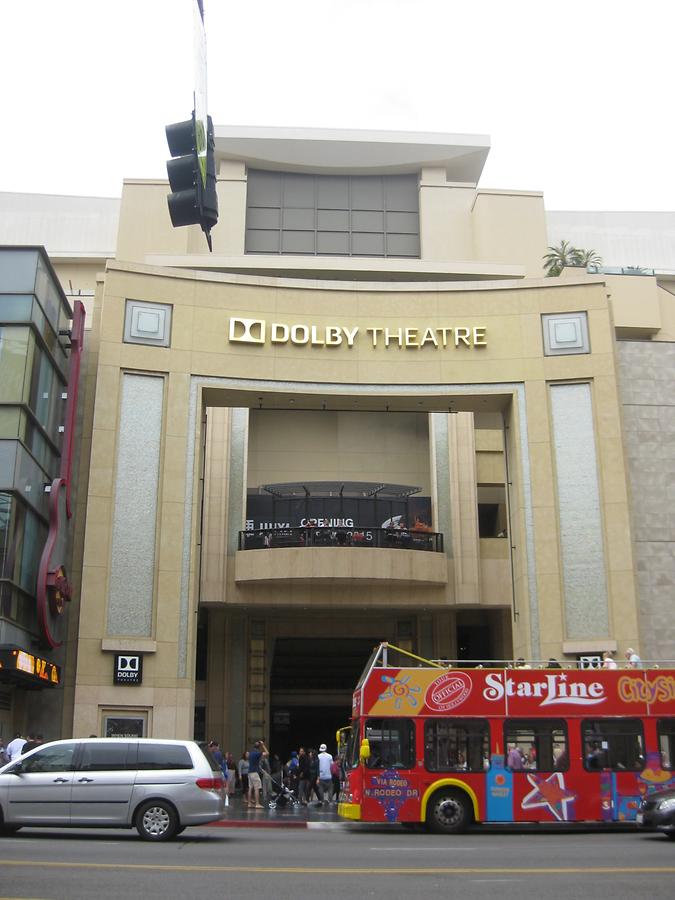 The Dolby Theatre 34.102708,-118.340139 is a live performance auditorium in the Hollywood and Highland Center shopping mall and entertainment complex. Since its opening on November 9, 2001, the theater has hosted the Academy Awards ceremonies (the Oscars), initially held there in March 2002 and is the first permanent home for these annual awards ceremonies. The theater was designed by David Rockwell specifically with the Oscars in mind and therefore is particularly successful as a venue for televise theatrical performance. The stage is one of the largest in the United States, measuring 113 ft (34 m) wide and 60 ft (18 m) deep.