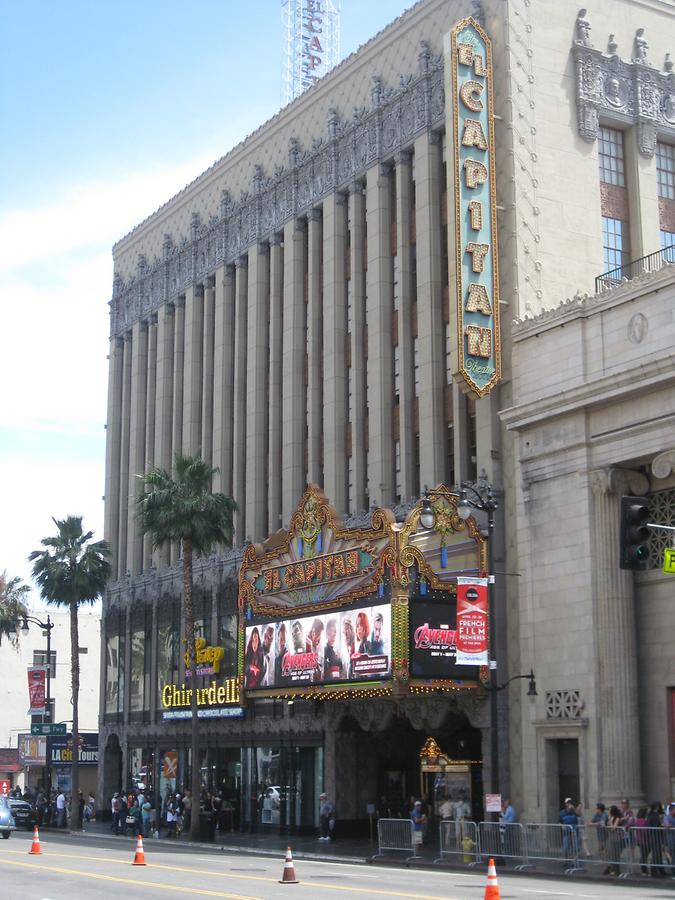 El Capitan Theatre 34.1012746,-118.3399183 is a fully restored movie palace at Hollywood Boulevard in California and is operated by Buena Vista Theatres, Inc., a subsidiary of Walt Disney Studios Motion Pictures Distribution which is why a lot of the Disney Studios' film premieres are held there. The theater, called "El Capitan", opened on May 3, 1926 and was closed in 1941 because Paramount Pictures purchased it. It was remodeled in the modern style and reopened in 1942 as the Hollywood Paramount Theater. In the subsequently years the theater changed hands several times and was closed again in the 1970s. In 1985 the theater was purchased by Pacific Theatres and was renovated by 1989. Disney purchased a controlling stake of the Pacific Theatres' chain and so the Capitan Theatre became the Disney's flagship along with the Crest, another theater. The theater reopened in 1991 and remains open up to this day (2016).