Long Beach Aquarium of the Pacific# 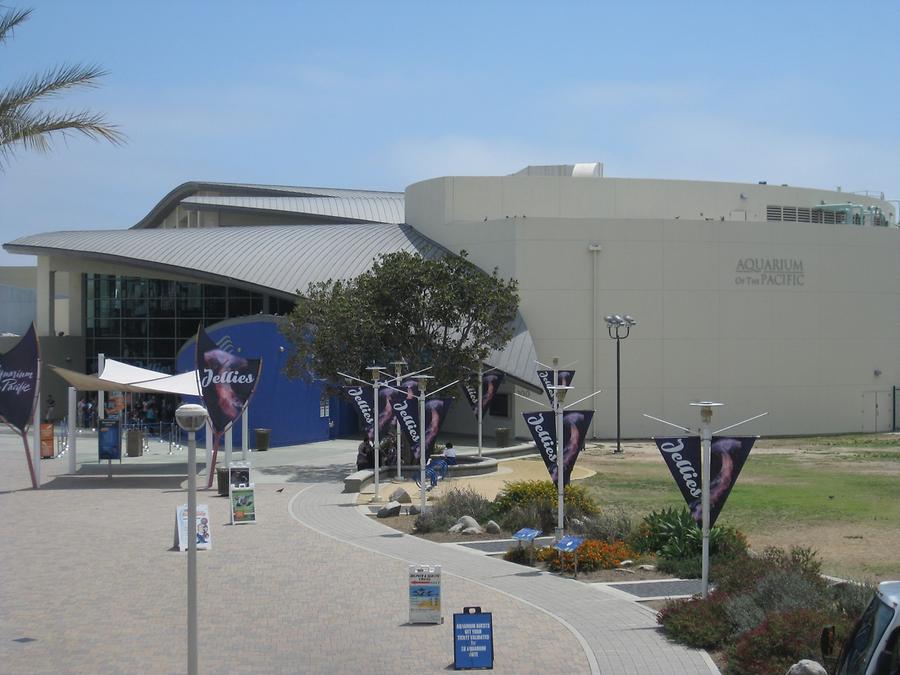 The Aquarium of the Pacific 33.7621508,-118.1991698 is a public aquarium on a 5-acre (20,000 sq m) site on Rainbow Harbor in Long Beach, California, situated across the water from the Long Beach Convention Center and the Queen Mary Hotel and Attraction. The non-profit aquarium has 1.5 million visitors a year and has a total staff of over 900 people. It features a collection of over 11,000 animals representing over 500 different species in exhibits ranging in size and capacity from about 5,000 to 350,000 gallons. Exhibits introduce the inhabitants and seascapes of the Pacific while also focusing on conservation messages associated with each region. The Pacific Ocean is the focus of the three permanent galleries, sunny Southern California and Baja, the frigid waters of the Northern Pacific and the colorful reefs of the Tropical Pacific. The Aquarium architecture is inspired by the towering and breaking waves of the Pacific. The developers of the world's most critically acclaimed and technologically advanced aquariums, Kajima International, developed the aquarium. Construction of the Aquarium was completed on June 20, 1998 as it opened to the public that day.