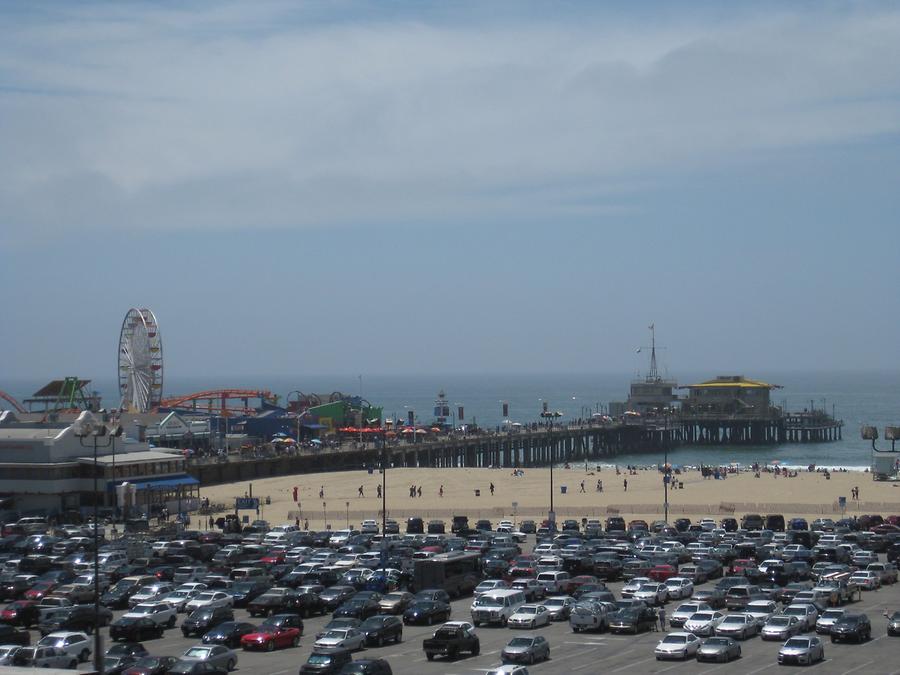 The Santa Monica Pier 34.008611,-118.498611 is a large double, jointed pier located at the foot of Colorado Avenue in Santa Monica. The pier contains a family amusement park with a solar paneled Ferris wheel and a roller coaster, but also the Santa Monica Pier Aquarium, several shops, a video arcade, a trapeze school, pubs and restaurants. It is also popular among anglers. The current pier is actually two adjoining piers that were owned separately for a long time. The long pier originally carried sewer pipes beyond the breakers and the short pier was built with the intention of hosting an amusement park (it was often referred to as the Pleasure Pier), featuring the Santa Monica Looff Hippodrome building (which nowadays houses the current carousel).