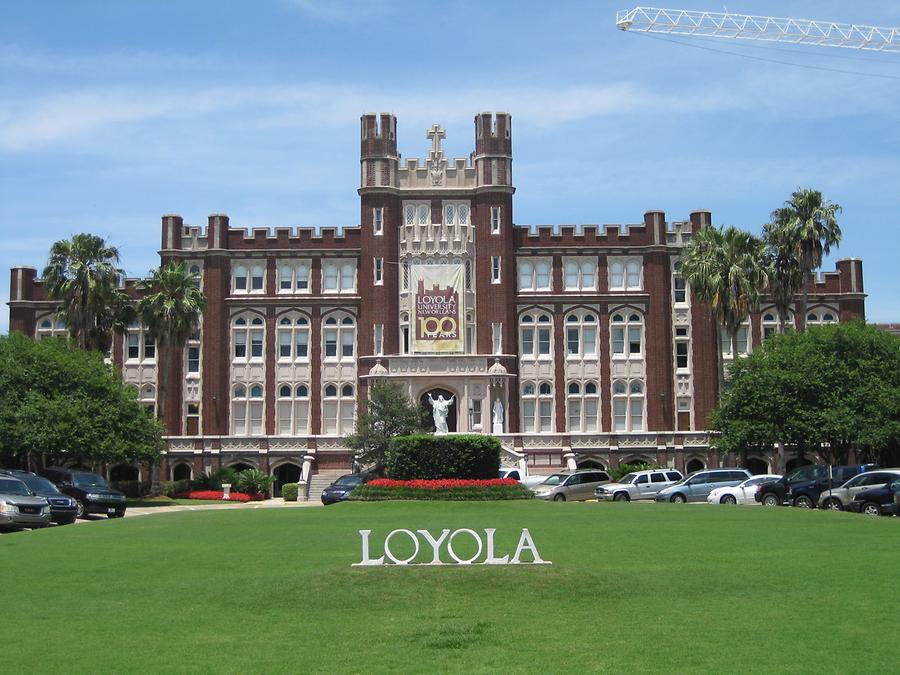 Loyola University 29.934236,-90.121685 is a private, co-educational, and Jesuit university in New Orleans. Originally established as Loyola College in 1904, the institution was chartered as a university in 1912. The campus covers an area if 23 acres (9.3 ha) and the university has around 5,000 students. It bears the name of Saint Ignatius of Loyola, a Jesuit patron. In August 2005, Loyola closed its campus and evacuated its students in anticipation of Hurricane Katrina. Although the campus only sustained minimal damage, Loyola cancelled classes for the fall 2005 semester due to the devastation of New Orleans. Classes resumed with the start of the spring 2006 semester.