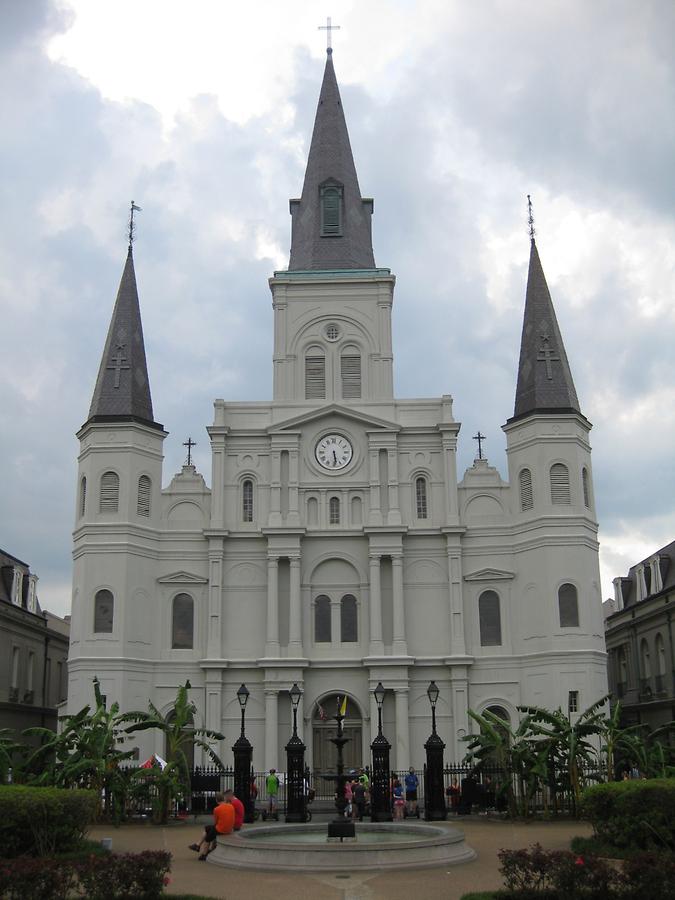 The Cathedral-Basilica of Saint Louis, King of France 29.958,-90.0638 (commonly called St. Louis Cathedral) is the seat of the Roman Catholic Archdiocese of New Orleans and among the oldest cathedrals in the United States. The first church on this site was built in 1718, but the third was raised to cathedral rank in 1793. In 1850 the cathedral was expanded and largely rebuilt. During Hurricane Katrina in 2005 high winds managed to dislodge 30 feet (9.1m) of ornamental gate, while the nearby marble statue of Jesus Christ lost a forefinger and a thumb. The winds also tore a hole in the roof which allowed water to enter the building and severely damage the Holtkamp pipe organ. The organ was sent back to Holtkamp to be rebuilt shortly after the storm and was reinstalled in June 2008.