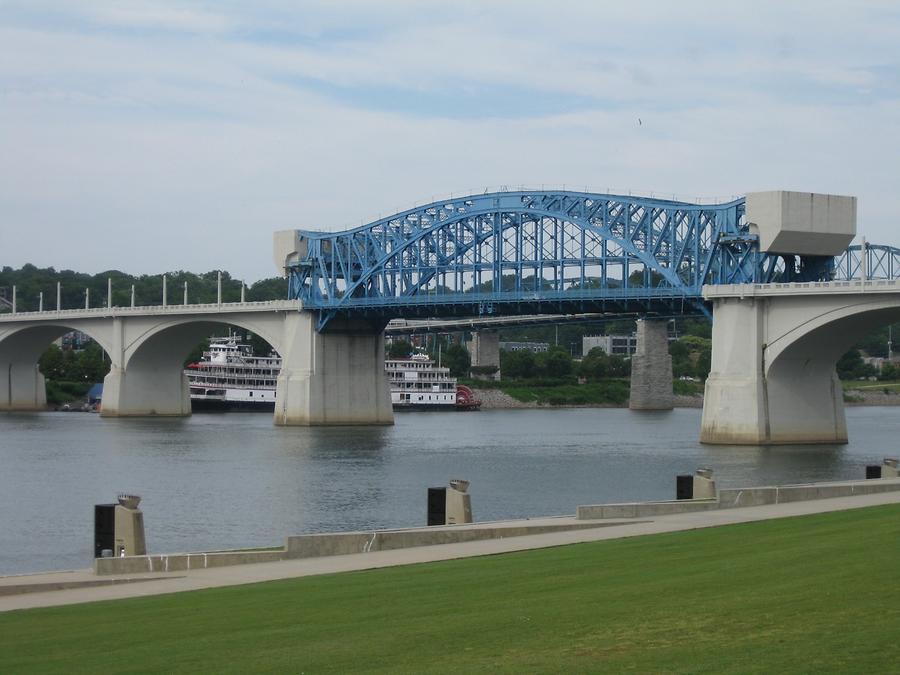 Chattanooga Tennessee River Olgiati Bridge, May 2013, © Ewald Judt, under CC BY 4.0
Chattanooga Chattanooga, Tennessee is the fourth-largest city in Tennessee with a population of almost 200,000 lying between the Appalachian Mountains and the Cumberland Plateau.

Like for other early industrial cities, the loss of jobs due to de-industrialization, a deteriorating city infrastructure, racial tensions, and social division caused difficulties for this city in the 1980s.

But private and governmental resources have been invested during the late 20th and early 21st century to transform the city's stricken image and to revitalize its downtown and riverfront areas.