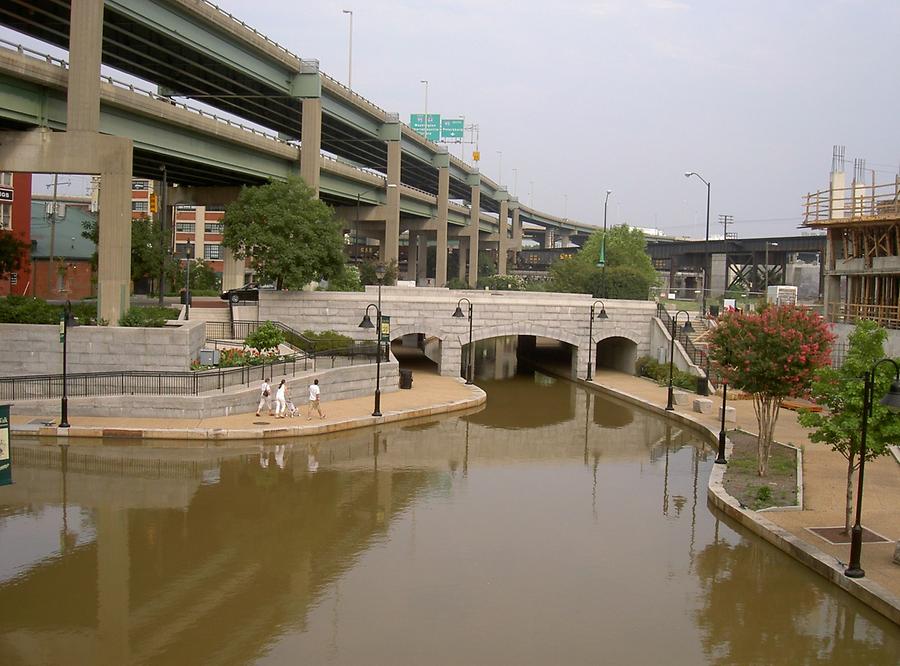 Richmond, April 2003, © Ewald Judt, under CC BY 4.0
Richmond Richmond, Virginia is the capital of Virginia with a population of about 220.000, founded in 1607 (and therefore among America’s oldest cities) as an English-speaking settlement at the highest navigable point of the James River. It lies in the Piedmont region with its relatively low, rolling hills between the sea level Tidewater region and the Blue Ridge Mountains.

Damaging storms with freezing rain in winter and hurricanes and tornadoes afflict the city in the hot and humid summers. Therefore, a flood wall was completed in 1995 in order to protect the low-lying areas of the city from the oft-rising waters of the James River and made the rapid development of businesses in the River District possible.

During the American Civil War, Richmond served as the capital of the Confederate States of America. Today, law and finance are the driving forces of Richmond's economy.