One of the most famous islands of Indonesia is Komodo. A National park was established here to conserve the unique Komodo dragon, also known as the Komodo monitor, which is the largest species of lizard. There is also a unique beach with "pink" sand, one of only seven in the world. But the "lost world" of Komodo is no less interesting: the underwater world and something that can't be seen at first glance once you step on this island. 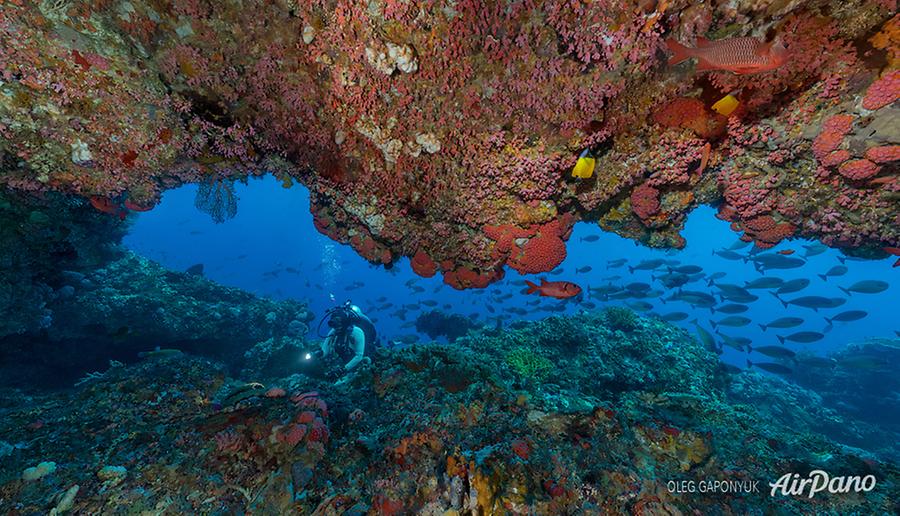 The territory of the park possesses 19 species of mangrove trees. Their roots go down in the water and create a shelter for the fiddler crab, which name is explained by its asymmetrical clamps.

Seagrasses form entire underwater fields attracting turtles, whales, sharks, stingrays, dolphins and even dugongs, the rare marine animal belonging to the Sirena species. They are interested in the great number of fish, around 900 species!

Another significant feature of the underwater world of Komodo is the amazing coral reefs remarkable for their colours. Scientists have discovered around 260 coral species and 250 coralliferous polyp species. This diversity is 5-10 times greater than the diversity of the famous Caribbean coral reefs.

Let's make a virtual dive to these stunning places!