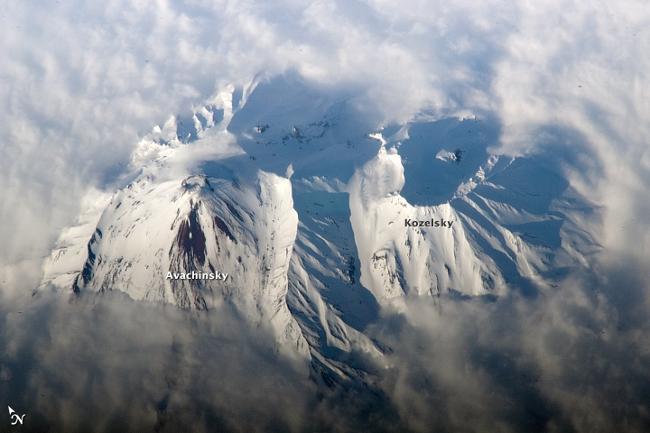 Photo courtesy of NASA., under PD
Russias eastern Kamchatka Peninsula, which extends far into the Pacific Ocean, includes more than 150 volcanoes. While most are not actively erupting, many are considered dangerous due to their eruptive history and proximity to population centers and air travel corridors.

This astronaut photo highlights the summit crater and snow-covered slopes of Avachinshy stratovolcano (2,741 m; 8,993 ft) as it pokes above a surrounding cloud deck. The volcano has an extensive historic and geological record of eruptions, the latest activity ocurring in 2008.

To the southeast (image right), the large breached crater of Kozelsky volcano also appears above the clouds. Kozelsky is a parasitic cone, formed by the eruption of material from vents along the flank of Avachinsky.