By the end of 1990, the Soviet Union had the world's second largest economy, largest standing military in the world and the largest stockpile of weapons of mass destruction(nuclear threat obliged the state to detonate Tsar Bomba, which was mankind's most powerful nuclear bomb ever built.

Following the partition of the Soviet Union in 1991, fourteen independent republics emerged from the USSR; as the largest, most populous, and most economically developed republic, the Russian SFSR reconstituted itself as the Russian Federation and is recognized as the continuing legal personality (the sole successor state) of the Soviet Union.

The Russian economy ranks as the tenth largest by nominal GDP and sixth largest by purchasing power parity in 2015.

Russia's extensive mineral and energy resources, the largest reserves in the world, have made it one of the largest producers of oil and natural gas globally.

The country is one of the five recognized nuclear weapons states and possesses the largest stockpile of weapons of mass destruction.

Tag cloud is made using 100 properties. To see the rank of Russia in different properties visit Virtual Lab 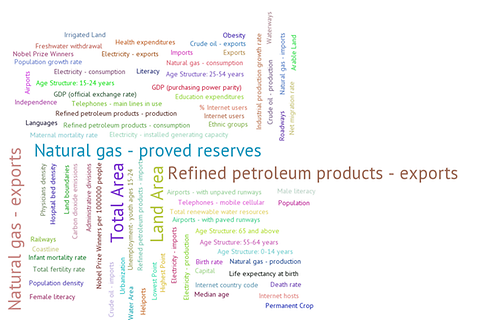 St. Basil's Cathedral in Moscow's Red Square has nine chapels, each with a unique dome. 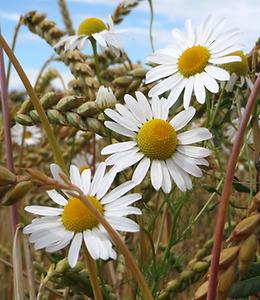