An ancient city with a fascinating history lies on the coast of the Black Sea and bears the name of Yevpatoriya. The first recorded mention about the settlement located in the western part of Crimea is dated 497 BC. In Antiquity, it was called Kerkinitis (?e?????t??), in the medieval ages, it bore the name of Güzliev. Overall, this settlement has been functioning as a city for around 2,500 years. The three-time change in the name of the city reflects the main historical milestones of this area — the Greek colonization, birth of the Crimean Khanate, integration into the Ottoman Empire and in 1783 — becoming a part of the Russian Empire.

A large number of unique buildings reminds of different historical periods of this city. In 1552, the Juma-Jami Mosque was founded during the reign of Devlet I Giray. The construction was inspired by the example of Hagia Sophia in Constantinople and was carried out using limestone and shell-stone. The central hall is 22 meters high and has two-storey side galleries and a 16-window mighty dome. In 2015, the mosque was listed as a Russian Heritage Site, and in 2016, a 3-ruble silver coin with the image of this mosque was issued as a part of the Architectural Monuments of Russia series. 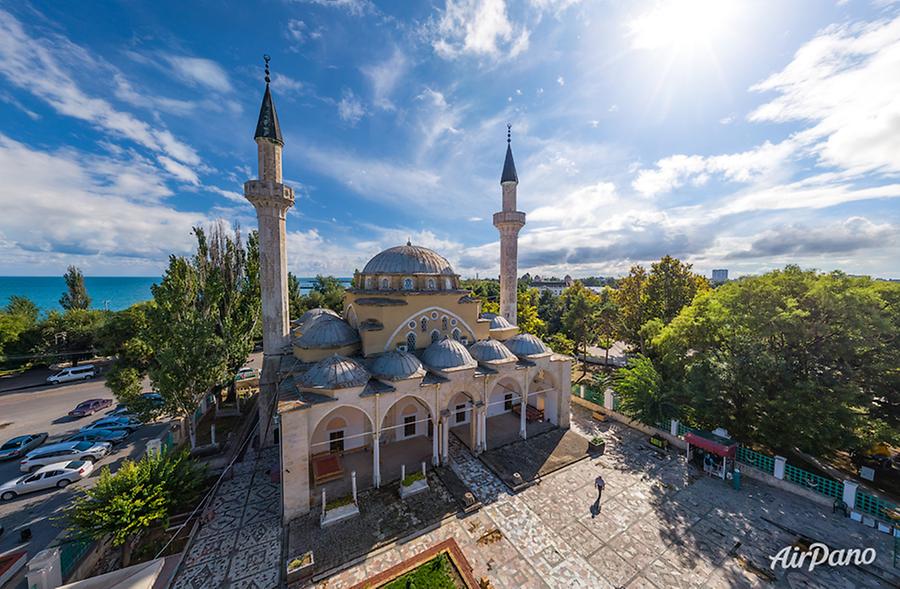 The church of St. Nicholas of Myra was created to honour the memory of the liberation of Yevpatoriya from enemy forces during the Crimean War. Its construction began in 1893 for donations of the most ordinary people, local authorities and representatives of different religious communities. The church thereby became a dominant architectural monument and one of the main landmarks of Yevpatoriya. In addition to being a functioning orthodox temple, it is also an outstanding architectural masterpiece. An octagonal hall is covered by a concrete solid dome measuring 18 meters in diameter and 156.5 tons in weight. The temple is the second largest and the second most capacious church in Crimea: it can hold up to 2,000 people simultaneously.

In addition to man-made landmarks, this area can boast of many breathtaking natural landscapes. The largest lake in Crimea is among them. Sasyk-Sivash Lake is adjacent to the east of Yevpatoriya, on the way to Saky. Its area covers 75.3 square kilometres and measures 14 kilometres long and 9 kilometres wide. Previously, the lake was a part of Yevpatoriya bay, but eventually turned into a separate drainless water body and started to collect salt in its southern part. 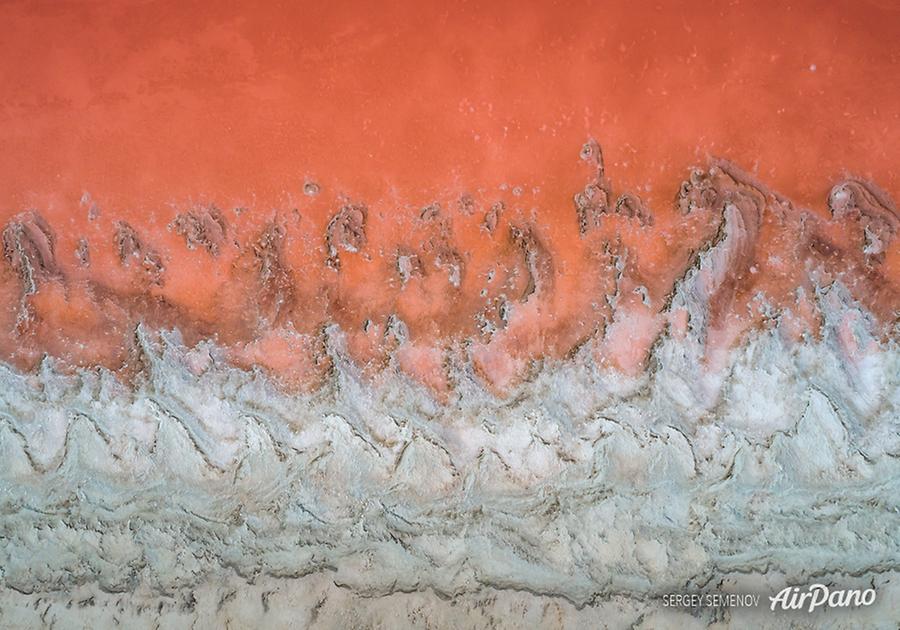 Nowadays the parts of the lake with salt and pure water are divided by a dam. Sasyk-Sivash is the Crimean Tatar for "stinking mud", referring to a distinct hydrogen sulfide smell. Another remarkable feature of this lake is its colour. Between May and August, the shallowing period, a saltwater bacterium Dunaliella Salina lives in the lake. Increase in the concentration of salt leads to a higher activity of the bacterium and the synthesizing of B-Carotene and other chemical formations. This is how the lake gets its various colours, ranging from pink in May to orange-red at the end of summer. 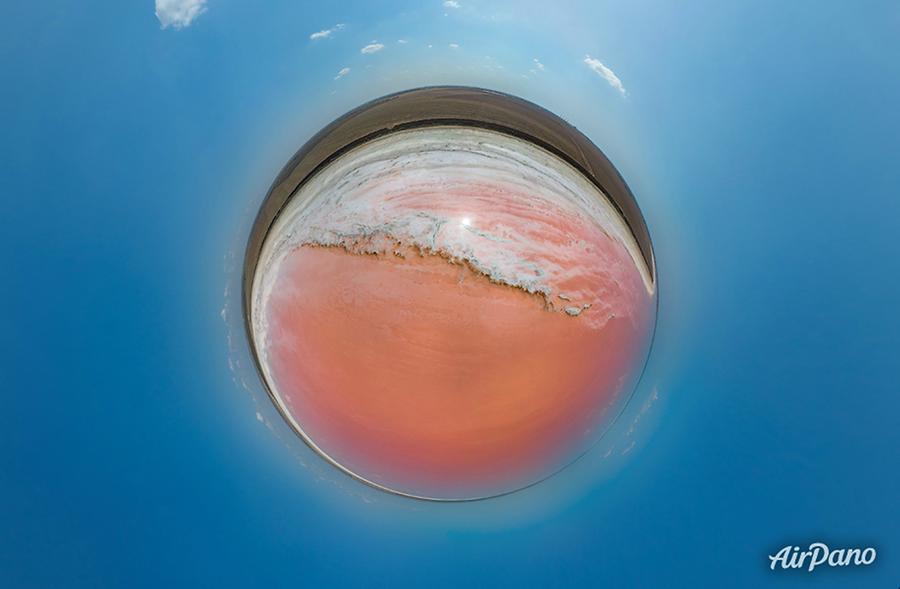 In addition, in calm weather the lake also features so-called griffons: they are the underwater fountains that blow out the streams of water in the salt part of the lake. Now there are around 40 griffons in the lake that raise the level of water to 10 cm annually.

Visit these astonishing places together with AirPano!