Following a Japanese occupation in the 1940s, the Vietnamese fought French rule in the First Indochina War, eventually expelling the French in 1954.

In 1986, the government initiated a series of economic and political reforms which began Vietnam's path towards integration into the world economy.

Its capital city has been Hanoi since the reunification of North and South Vietnam in 1975.

Since 2000, Vietnam's economic growth rate has been among the highest in the world, and, in 2011, it had the highest Global Growth Generators Index among 11 major economies.

By 2000, it had established diplomatic relations with all nations.

Its successful economic reforms resulted in its joining the World Trade Organization in 2007.

Cyclists glide past an architectural legacy of French colonialism in Hanoi. 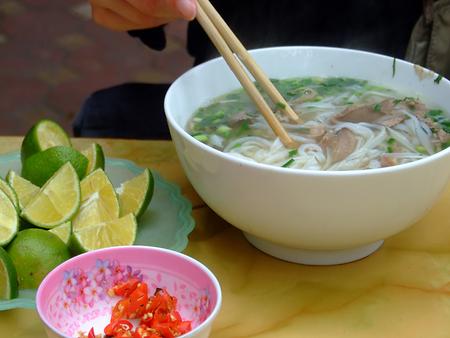