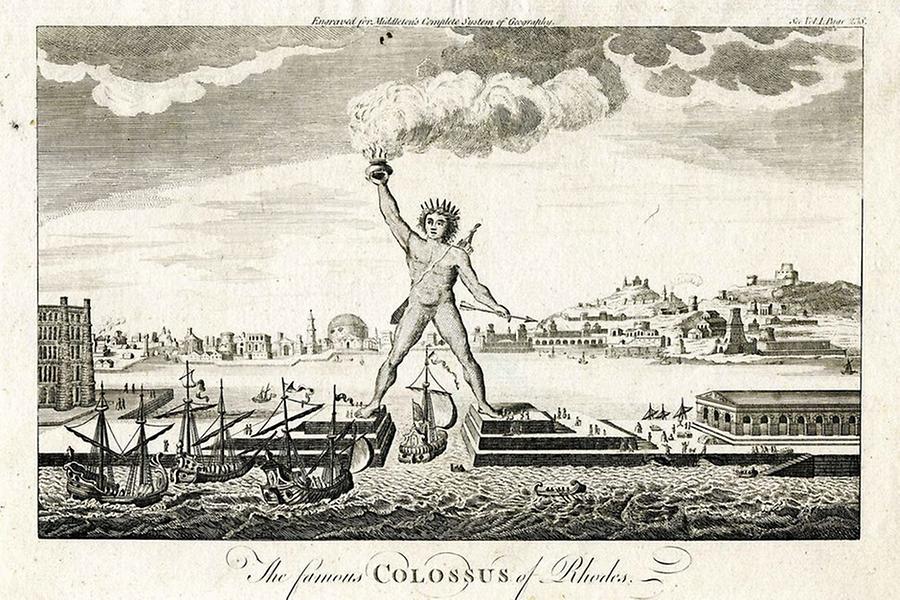 Rhodes, June 2015, © Maurer family archive
According to history, the entrance originally was guarded by the Colossus of Rhodes, erected by Chares of Lindos in 280 BC. It is one of the Seven Wonders of the Ancient World. It was constructed to celebrate Rhodes' victory over Cyprus. Before its destruction in an earthquake 226 BC, the Colossus of Rhodes stood over 30 meters high, making it one of the tallest statues of the ancient world.