Greece possesses a very famous archipelago — the Ionian Islands, and each of them had influenced the history and the cultural heritage of the country. Ithaki is considered to be the homeland of Odysseus; Lefkada is the place where the Greek female poet Sappho went to her death; Kythira was one of the main abodes of celestial goddess Aphrodite; Kefalonia, according to legends, was given to the mythological figure of Cephalus as a reward; the island of Kerkyra was named in honour of the beautiful nymph Korkyra who was stolen by Poseidon and brought here; Paxi was created by Poseidon by striking with his trident. 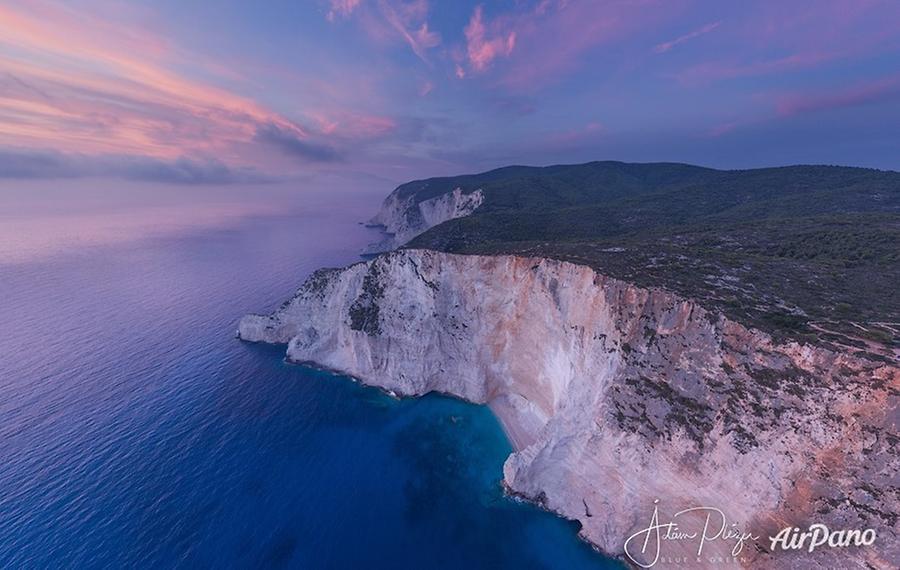 The seventh island of the group is Zakynthos. According to mythology, it was named after Zakynthos, the grandson of Zeus, who was believed to be the first inhabitant of the island. During its history, the island was under the rule of Athens, Sparta, the Venetians, the Kingdom of Naples, the French, the Russians, the Germans, the British and the Italians. The major part of the historical monuments could not survive till nowadays — not only because of the turbulent history but due to several destructive earthquakes, as well. 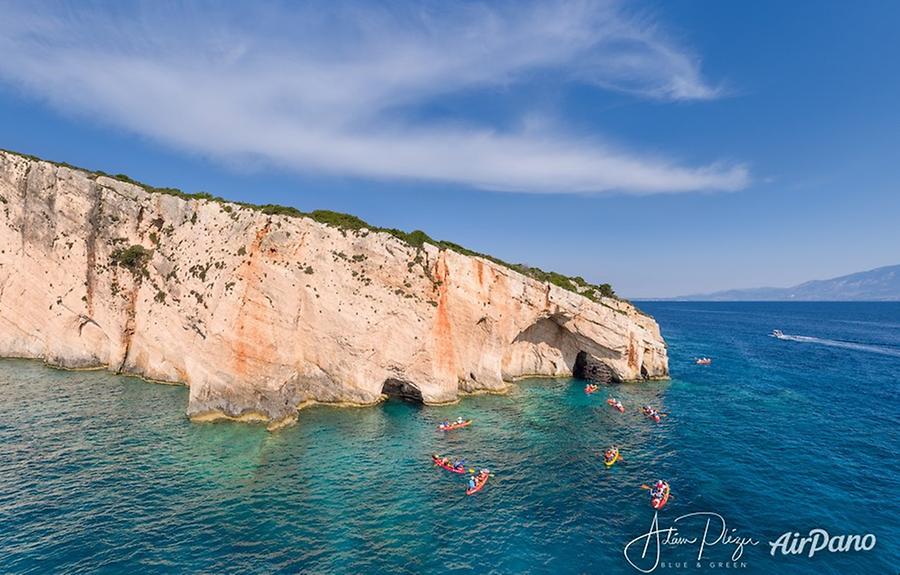 But still, Zakynthos is the genuine treasure of the archipelago and entire Greece, too. Back in the epoch of Homer, he mentioned this place as "the island sinking in emerald forests", and this feature has not changed. Mighty pines, bright southern vegetation, golden dunes, peculiar mountain ranges, vineyards, orange groves and small cosy villages with narrow streets make up a unique local charm of the legendary island. 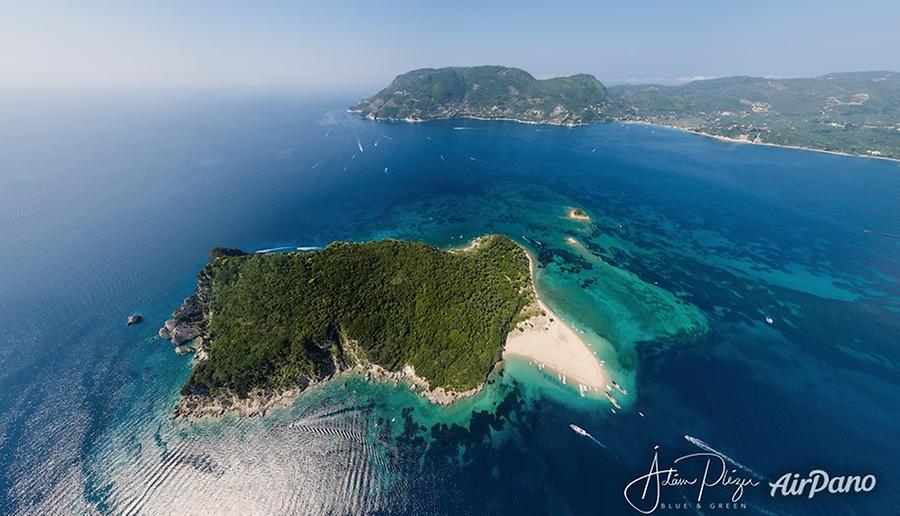 Zakynthos has a lot of grottoes and the most famous of them are the Blue caves — three stone arches created by the sea waves. They are inaccessible by land so one can watch them only by the side of the sea. The other cave system is called the Keri Caves and is a part of the National Sea Reserve because of the loggerhead sea turtle (Caretta caretta) coming here. This species is considered vulnerable and there are only a few places on the planet where they can come for breeding. 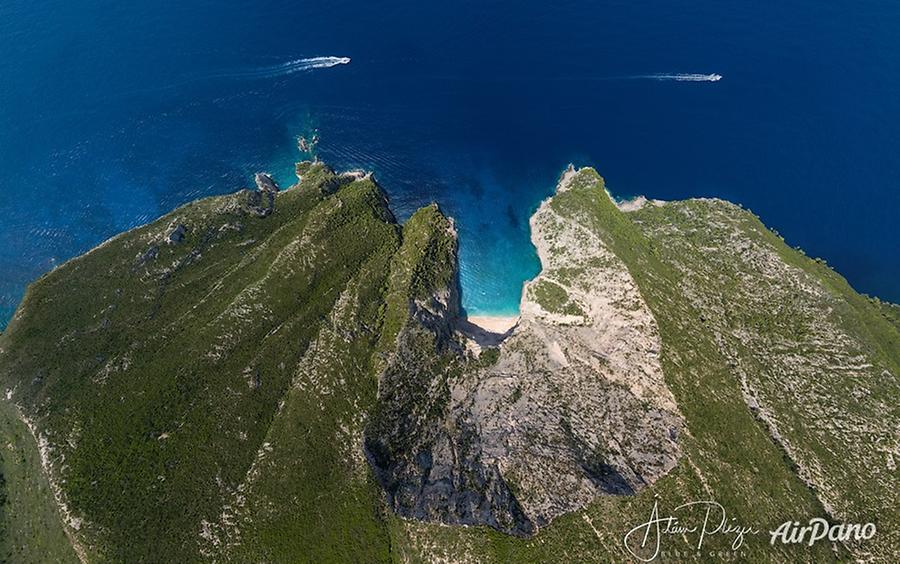 The genuine proud of the island is its clean picturesque beaches. One of them is particularly known and is named Shipwreck Beach, or Navagio Bay. A smugglers' ship found its final resting place here after it had been washed ashore by a strong storm. 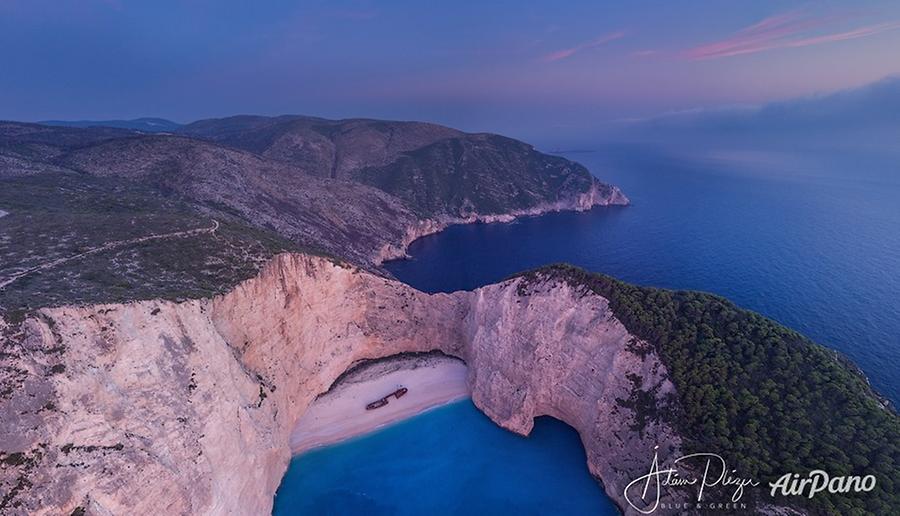 There are some man-made landmarks on Zakynthos, as well. It is, for example, Askos Stone Park — the only park of this kind in Greece gathering unique animal and plant species from all over the world. In addition, one can see the remnants of the ancient Venetian fortress and charming temples surrounded by bright vegetation against the blue sky.

Visit this tranquil and relaxing place together with AirPano! 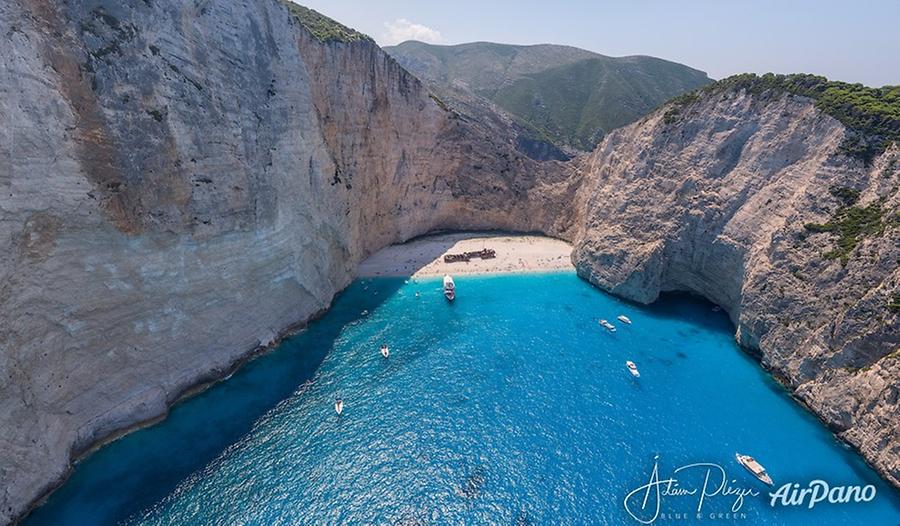 With great pleasure we thank Ádám Plézer, our old friend and a great photographer for his very beautiful and high quality panoramas of Zakynthos. This is the fifth virtual tour, which Ádám captured for our website. We highly recommend you to check another 360° photos by Ádám: Aldabra, Seychelles and French Polynesia (Part I, Part II). 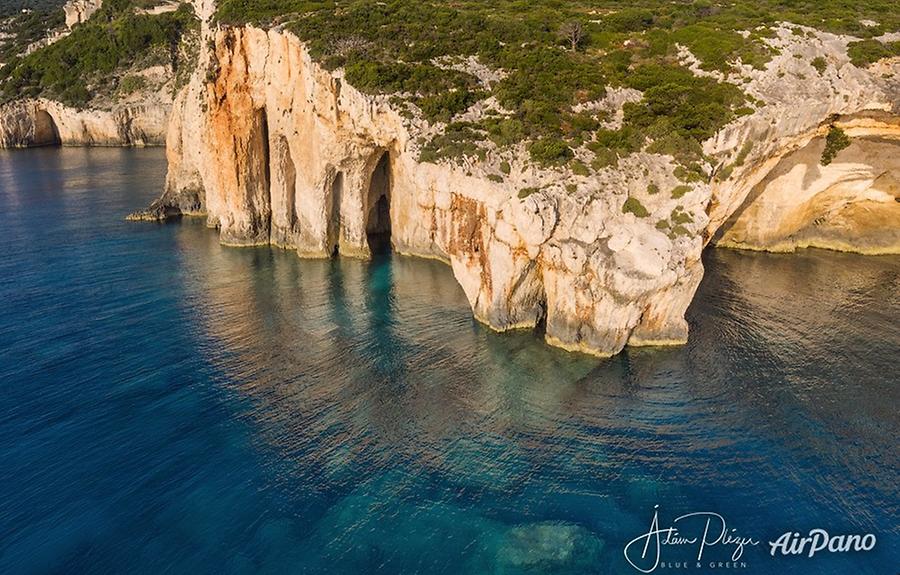