Carnival in Venice - a Noble Game of masks#

All photos are from the author's archive "Pictureflood". 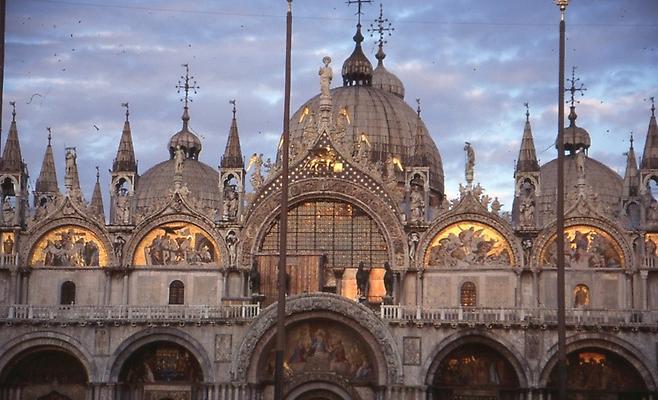 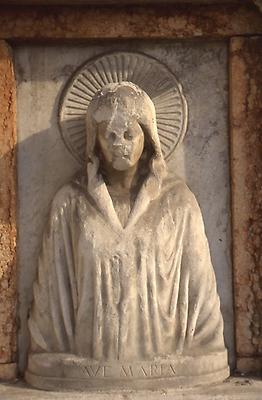 Mardi Gras and Carnival: Terms for the most turbulent and extraordinary time of the year. Yet, many different aspects are typical for this time dependent on the region. Many ideas about life, nature, and society have mingled in diffferent ways and have created many types of events, rituals, and behaviour. Even in Europe quite diferrent versions exist.

Since medieval times there is a close connection to the Christian year and its fasting time prior to Easter. The European carnival or "Fasching", a term also used in English, starts on the Thursday prior to Ash Wednesday. But some even want to let it start at 11:11 on 11.11 ...the eleventh day of November.

The term "fasting" is related to the European (pseudo-habit) that the last alcoholic beverage before Easter is served on the Tuesday before Ash Wednesday. In German "Fastenzeit" could almost interpreted as "fasten schlank", i.e., loose weight!

Earlier interpretations of carnival were the Latin "carne vale" (good bye, meat) but this does not make sense: To say good bye to meat the proper Latin phrase would be "Carnis levamen" (meat is forbidden).

The official start of the carnival in Venice is on Giovedí grasso, the "Fat Thursday" (the last Thursday before Easter fasting time starts, i.e. a day when you can still eat as much as you want). However, masks and festivities start much earlier. On the same date Venie also celebrates its victory over Aquileia in 1162. The real carnival festival is first metioned in 1094.

It reached its highest popularity in the 18th century, i.e. at the time of Giacomo Casanova, when Venice had already losts its decisive economical and political influence due to the discovery ot the New World. At that time the carnival festival had degenerated into a kind of baroque version of Las Vegas!

Napoleon more or less abolished the carnival after he had put an end to the thousand year long domination that Venice had over the mediterranean sea at the peace treaty of Campoformia 1797, after winning the decisive battles together with Austria. Probably it was feared that rebels against the new order would hide behind masks!

Only in the 20th century the noble spectacle of the true carnival of Venice was revived, starting 1979. The likely reason was the spectacular film "Casanova" (1976) by Federico Fellini. The new carnival also brought a flood of tourists into the city during the otherwise dead season. One of the highlights of the carnival is the "flying angle", first performed in 1548: An acrobat slides down (as if flying) along a rope from the campanile of San Marco onto a raft anchored in the Bacino.

Masks are worn in Venice not only during carnival. For ladies without company attending a play in theatre, or persons playing in a casino wearing masks were often a good reason. Some love affairs also were much helped by using masks.

Since both in public and theatres plays of Commedia dell’arte type were offered, it was also common to wear a Bauta, a half mask, that does not cover the mouth hence drinking and eating was made poossible.

At some time numerous producers of masks provided this disguise to be able to enjoy all kinds of pleasures unencumered. 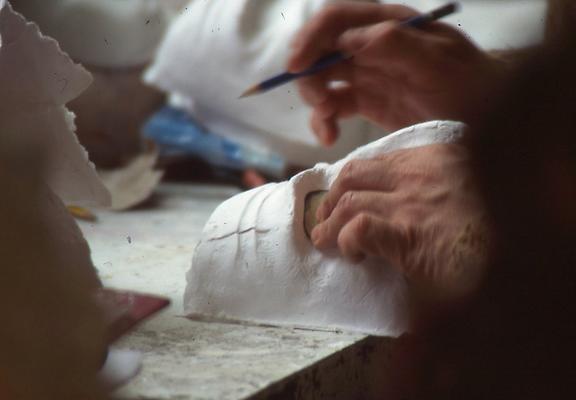 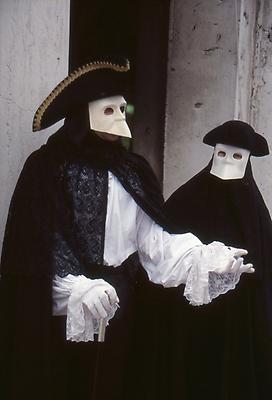