Celje (in German: Cilli) is the third-largest town in Slovenia. It is a regional center of the traditional Slovenian region of Styria. It is located below Upper Celje Castle (407 m) at the confluence of the Savinja, Hudinja, Ložnica, and Voglajna rivers in the lower Savinja Valley, and at the crossing of the roads connecting Ljubljana, Maribor, Velenje, and the Central Sava Valley. It is 238 m above sea level.

All pictures come from Bernd Thaller and Hermann Maurer, June 2016. 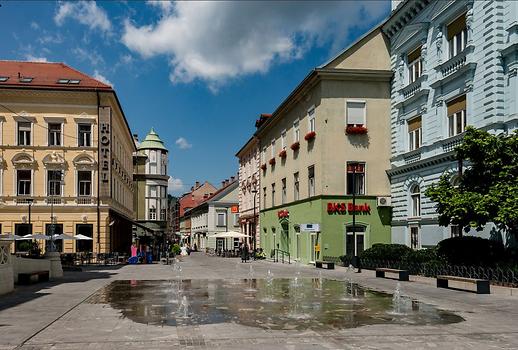 Celje as seen when arriving by train 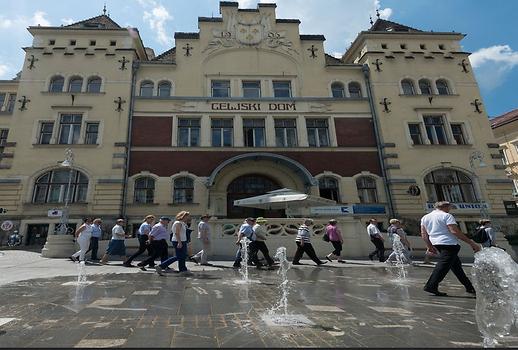 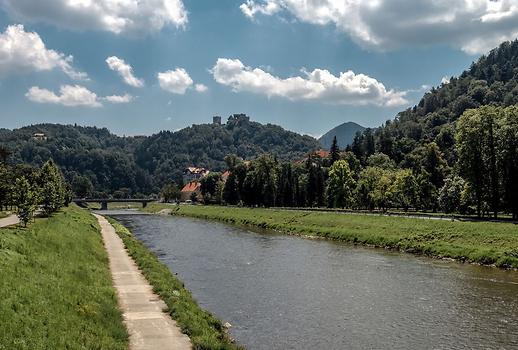 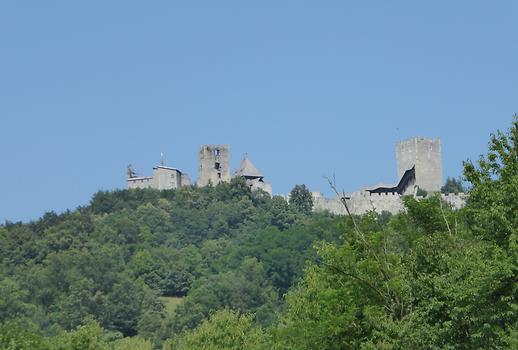 The original castle was built in the second half of the 12th century on the south east side above the old town center by the Lords of Heunburg (Vovberk) who had arrived from Carinthia, the southernmost province of Austria. The castle is first mentioned in records dating back to 1323.

The great earthquake of 1348 destroyed a part of the castle. Due to rebuilding the castle core, the auxiliary buildings were built in the palace yard which was specially secured for this purpose. 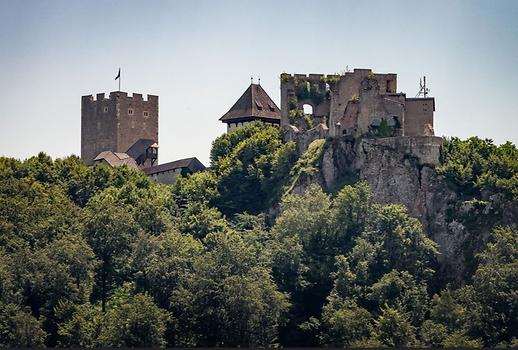 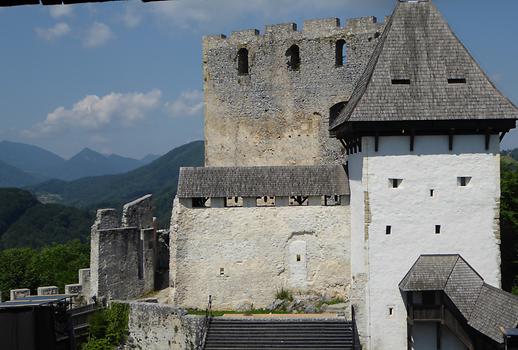 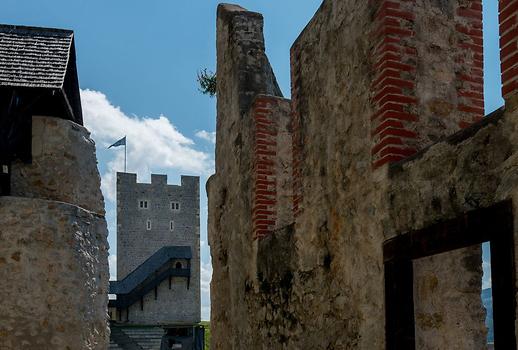 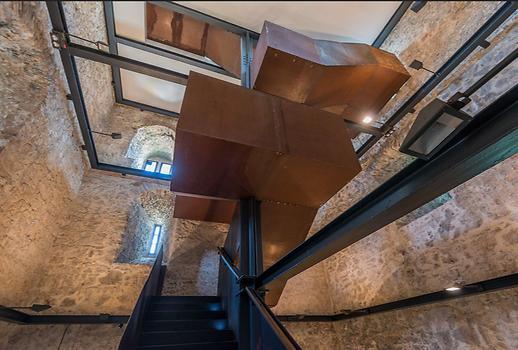 In the tower of the castle 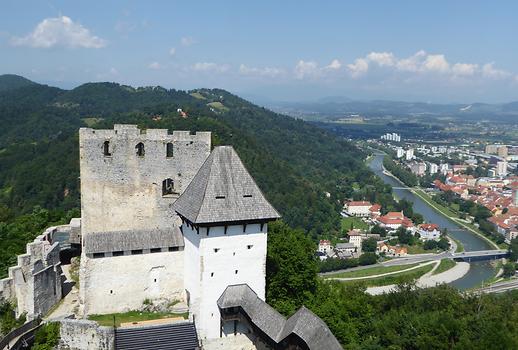 Castle and part of Celje below 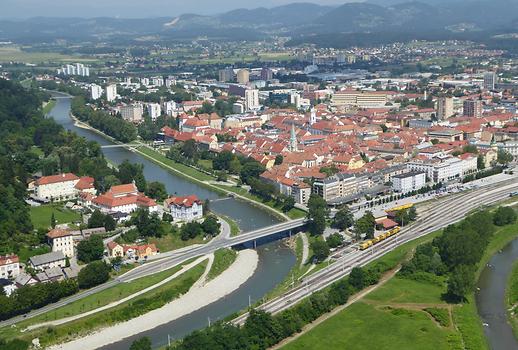 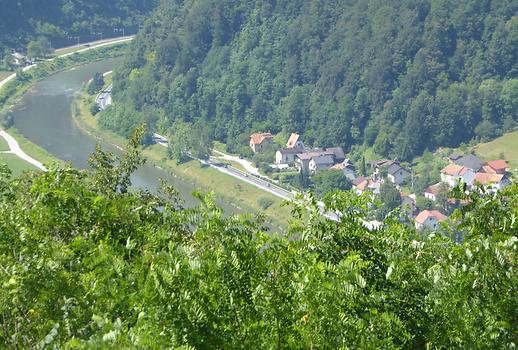 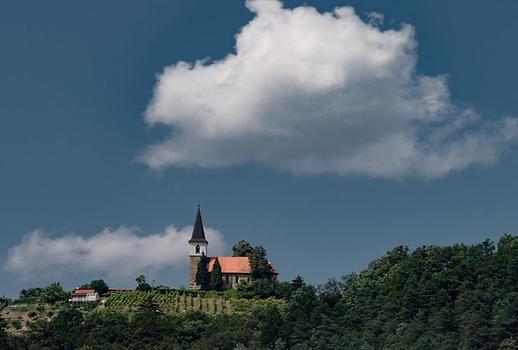 Church on hill near Celje