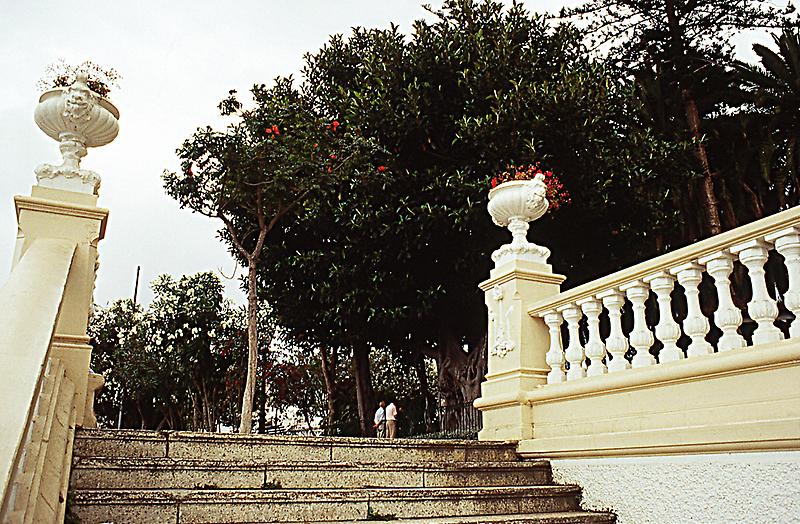 Founded in 1501, the city is a collection of grand houses, ancient palaces, churches and convents. The name comes from the former "menceyato" of Icoden, together with a reference to the local wine (vino in Spanish). The Spanish conquerors were quick to colonize this fertile and well-watered region, and introduced the cultivation of sugarcane and grapevines; the latter came to predominate.

In the Plaza de Lorenzo Cáceres is the monument to General José Antonio Páez, founder of Venezuela's independence, whose great-grandfather came from Icod.

It is particularly famous for the "thousand year old dragon tree" shown in one of the following pictures. It is close to the Church of San Marcos, a beautiful dragon tree (22 m high, lower trunk diameter 10 m, estimated weight 70 t), which is reputed to be a thousand years old (hence its local name, El Drago Milenario: the Thousand-Year-Old Dragon). While no study has proven that age (dragon trees do not produce annual rings making it hard to tell their age) the tree is certainly a few hundred years old. It is the long-time symbol of Icod.