Tahiti, located within the Society Islands on a winward island. It is the most populous island. Iits main city Papeete is the seat of the capital of the „French collectivity of the South Pacific“. With almost 140.000 people and 50.000 more in other locations on Tahiti this is about 70% of the population of all islands (status 2017). Both international airport and harbour are close to Papeete.

Arrival by plane is often frustrating: if arriving in the evening and planning to stay in the city, traffic is quite a hassle. If arriving in the wee hours of a day (as many flights from America do) and if one wants to continue immediately to some oft he famous places like Bora Bora one has to wait for many hours at the airport until the first flights leave.

Arriving on a cruise ship is more pleasant: one is welcomed by a parade of flags, usually sunshine and friendly people.

The tendency of many tourist is not to venture far from Papeete and taste the real South Pacific French atmosphere on Morea (see separte picture collection) which is within eyesite of Papeete. However, despite the fact that Papeete is a mixture of the economic center of the islands and a tourist place with all pluses and minuses, it has also much to offer. First, The Gauguin Museum is a Japanese-styled art museum dedicated to the life and works of Paul Gauguin in Tahiti.

However, it has been closed (temporarily?) and some of its paintings are now located all over the world. Remember that Paul Gauguin (1848 - 1903) was a French post-Impressionist artist. Towards the end of his life he spent ten years in French Polynesia, and most of his paintings from this time depict people or landscapes from that region, so we include two oft them in the pictures to follow. Gaugin did visit Tahiti already before (in 1890) but returned to Paris at that point. The final home of Paul Gauguin was Atuona, where he died in 1903 and where he is buried. In 2003, construction on the Paul Gauguin Cultural Center in Atuona was completed.

As mentioned, Tahiti is quite mountainous. In the bigger northwestern part (Tahitit Nui) this becomes only apparent if one drives accross the island by car, fording streams and often navigating poor roads. By going around the smaller southeastern part ((Tahiti Iti) the impressive mountains are more easily seen. Coral reefs invite for a dive in a number of places. 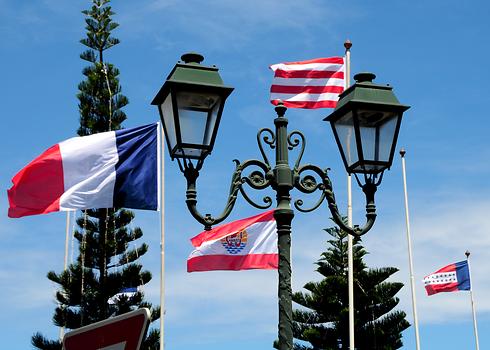 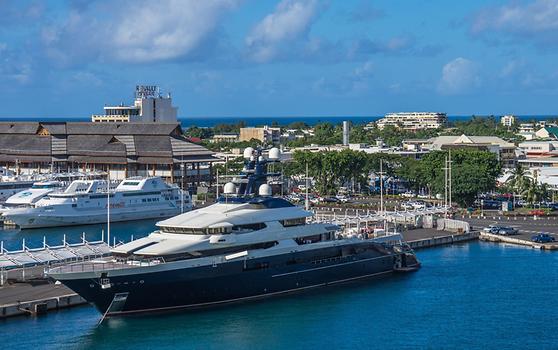 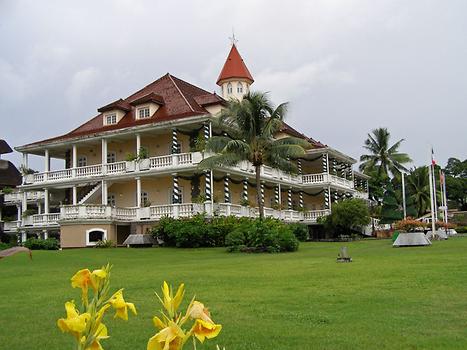 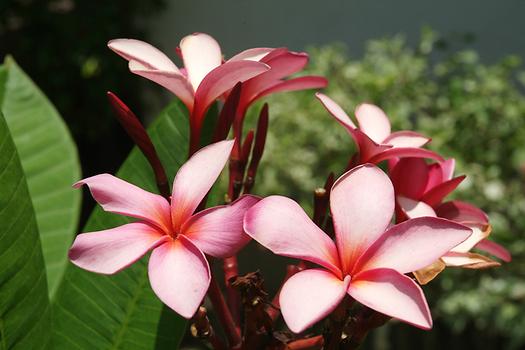 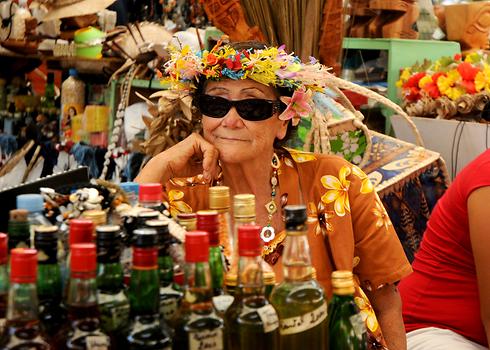 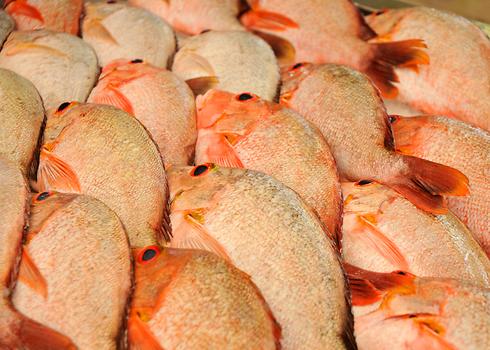 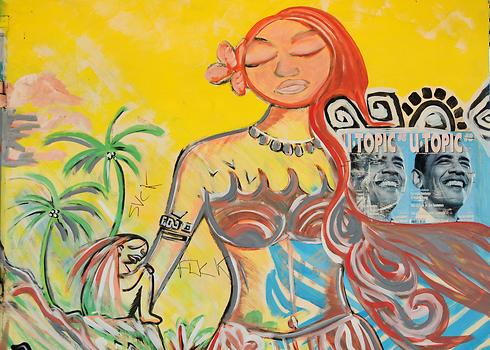 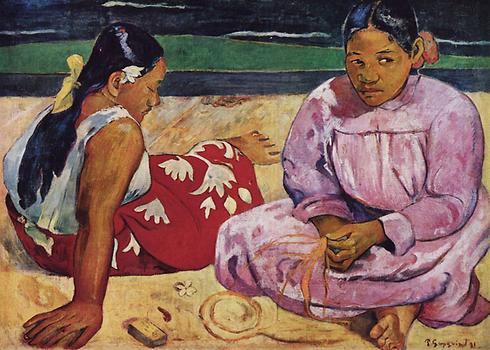 Where do we come from? Who are we? Where are we going? 1897 (Museum of Fine Arts, Boston). Photo: Public domain from Wikipedia 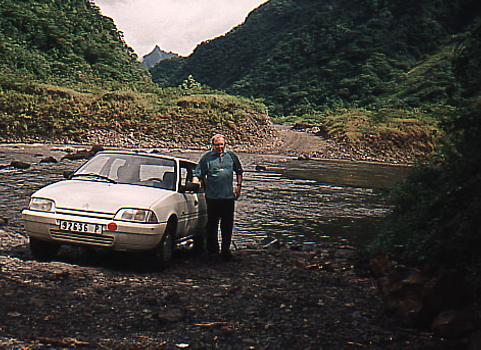 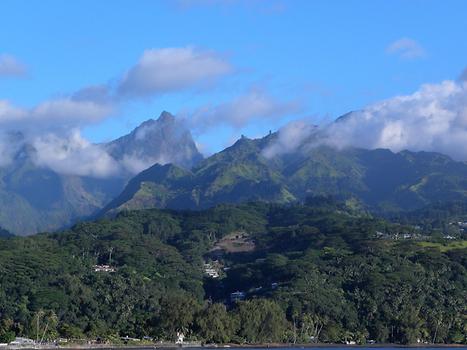 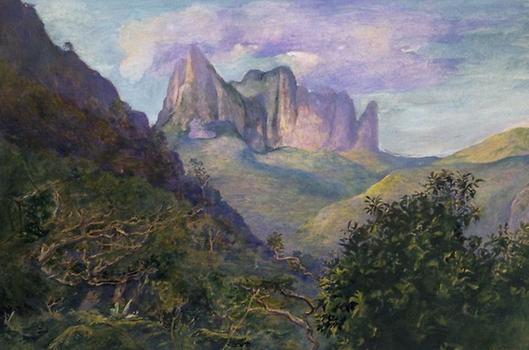 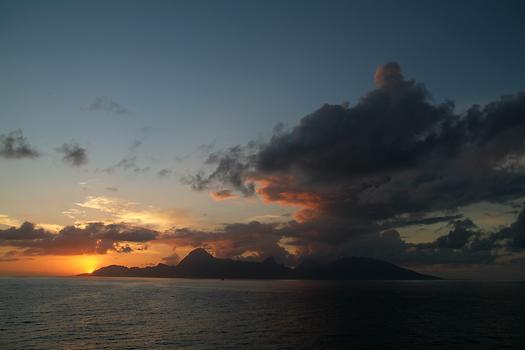 Sunset on Tahiti with Morea in the far background. Photo: H. Horizonte
Back to overview