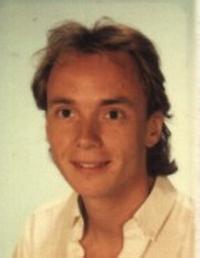 The structure of crossing free geometric graphs of various types (triangulations, spanning trees or cycles, all such graphs, etc.) on a given finite planar point set remains elusive despite of some efforts. We report on some moderate progress obtained recently, among others on the extremal numbers and on the counting of' the number of such graphs for a point set.

His research interests are in the foundations of computer science, mainly algorithms and data structures, in particular computational geometry and applications, combinatorial models for optimization, analysis of geometric structures, randomized methods, and discrete geometry.

He was awarded with many prizes (among them Max Planck Prize, Gottfried Wilhelm Leibniz-Prize) and is Fellow of the Association for Computing Machinery and Member of the German Academy of Sciences Leopoldina and of the Academia Europaea. Editorial board member of numerous journals and member of many program committees

The aim of this talk is to provide a probabilistic, but non-quantum, analysis of the Halting Problem. Our approach is to have the probability space extend over both space and time and to consider the probability that a random N-bit program has halted by a random time. We postulate an a priori computable probability distribution on all possible runtimes and we prove that given an integer k>0, we can effectively compute a time bound T such that the probability that an N-bit program will eventually halt given that it has not halted by T is smaller than 2^{-k}. We also show that the set of halting programs (which is computably enumerable, but not computable) can be written as a disjoint union of a computable set and a set of effectively vanishing probability. Finally, we show that "long" runtimes are effectively rare. More formally, the set of times at which an N-bit program can stop after the time 2^{N+constant} has effectively zero density.

Raimund Seidel was born in Graz and after his school education in Graz, Austria, and Hudson, Wisconsin, USA, he studied Mathematics and Computer Science at the Graz University of Technology, Austria, the University of British Columbia in Vancouver, Canada, and at the Cornell University in Ithaca, New York, USA.
He was guest researcher at DEC Systems Research Center and at IBM Almaden Research Center and from 1986 till 1996 he was Assistant- and then Associate-Professor in the Computer Science Division of the University of California, Berkeley.

His main research interests are algorithms theory, analysis of efficient algorithms and data structures, especially for geometric problems, and randomization.

We can simulate the collapse of an unstable tower of bricks, following Newton's laws. The accelerations of the bricks are determined by a quadratic programming problem with linear side constraints.


His research interests are in the design of efficient algorithms, in particular in computational geometry and discrete optimization. He has written no books. Jointly with Bob Connelly and Erik Demaine, he solved the Carpenter's Rule Problem about unfolding of polygonal linkages, and with Wolfgang Mulzer, he has recently established the NP-hardness of the minimum-weight triangulation problem.