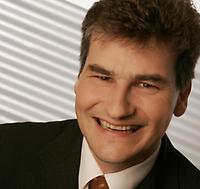 The presentation gives an overview of current e-Learning activities at Graz University of Technology. Practical examples are presented as well as new didactical concepts. The use of Web 2.0 technologies in Higher Education and currently research work will point out the future of e-Learning.

Although immense efforts have been invested in the construction of learning object repositories, the degree of reuse of learning resources maintained in such repositories is still disappointingly low. Various reasons have been identified as potential causes including: psychological barriers to make explicit use of foreign learning resources in higher education, concerns about the quality and composability of resources from disparate providers, usability and functional deficits of repositories, and disorientation of repository users. Inspired by the increasing acceptance of social software, we carried out an empirical study with the objective to address the disorientation issue by looking at recurring patterns of use and discovering latent communities of practice for the retrieval of reusable learning resources. Subject of investigation was LON- CAPA, a cross-institutional learning content management and assessment system used for nearly a decade now by currently more than 70 institutions, mainly based in the US. First we analyzed a plethora of log data collected over a period of three years. We revealed several kinds of connectivities among LON-CAPA users that gave rise to a few hypotheses about how these latent relationships may influence people’s selection of learning resources. These hypotheses were then verified both by collecting feedback from LON-CAPA operators and users. The latter had to answer a questionnaire addressing individual retrieval and evaluation strategies, including trust issues. In a third step we designed and implemented a few services that aim to enforce reuse behavior. They were combined with a social networking software that supports closed communities of practice. The enhanced functionality is currently used and validated by a subset of LON-CAPA users.

Professor Krämer is heading the Chair of Data Processing Technology of the FernUniversität in Hagen. He is also a director of INTE, a consulting division of the university, a member of FTK, a research institute in the field of telecommunications, and a founder and board member of IEEG, an initiative aiming at education on the effective use of energy in buildings. In 2001 he became the president of the Society for Design & Process Science. He studied Electrical Engineering and Computer Science at the Technical University of Berlin, Germany. He holds a diploma degree and a doctorate in computer science, both from the Technical University of Berlin.

Find real problems - don't invent them. Being driven by real problems has lots of advantages:
(0) you can have a lot of fund
(1) you get to learn (a lot) of new things
(2) colleagues who will keep asking _why_? and _why_not_?
(3) you have to explain what you are doing to someone else who does not have the same approach or background as you do - both of you will learn in the process
(4) you can have an appreciative audience - if you can really improve the way that your collaborators can get their job done - so aim for order of magnitude effects

How do you know when you are successful:
(1) when you bankrupt the companies in the existing industry
(2) when you change the existing industry
(3) when others utilize/rip off your idea(s) and make their fortune or career with it/them
(4) when you make high level managers/administrators/... uncomfortable(or upset) because they see that you are destroying their business, organization, plans, etc.
(5) when the people who said "your are crazy" later say "but you were right"
(6) when you see someone smile because you just made their job a whole lot easier

The talk will be illustrated with examples from medical imaging, typesetting, mobile computing,data communications, ...

Gerald Q. Maguire Jr. completed his Ph. D. (1983) and M. S. (1981) in Computer Science at the University of Utah and a B.A., magna cum laude, in Physics at Indiana University of Pennsylvania (1975). Since July 1994 he has been Professor of Computer Communication at Royal Institute of Technology (KTH). Prior this he was on the faculty of the Computer Science Department of Columbia University in the City of New York (in various positions starting in 1983). He has been a Gastprofessor at Graz University of Technology (spring 1994), Acting Professor (July 1993 to June 1994) and Guest Professor (July 1992 to December 1992) at KTH, and an Invited Lecturer in Local Area Networks and Image Processing at Leiden State University (Spring 1986). During 1991 and 1992 he was Program Director for Experimental Systems, U.S. National Science Foundation, Directorate for Computer and Information Science and Engineering, Division of Microelectronic Information Processing systems. For the academic year 1983-1984 he had a Fulbright-Hayes Fellowship at Karolinska Institutet. He has published 4 books, 4 chapters, 45 journal papers, 104 conference papers, and given more than 210 invited lectures. He has produced 8 doctoral students, 9 licentiate students, supervised 18 M.S./Civ.Ing./Diplom students, examined 259 Civ.Ing. theses & a number of B.S/Ing. theses, been an dissertation opponent 5 times, and has been a member of numerous doctoral examining and advising committees.


Ottmann Thomas: Of men and machines- More than 10 years of experience with electures at universities
#

Over the last decade the Computer Science Department of the University of Freiburg has gained a lot of experience with the production and use of electures poduced from live recordings. We review the origin of the tools used for presentation recording and emphasise the consquences of the object-based approach in contrast to screen grabbing. By extensive user studies and logfile analyses we revealed the preferences of users with respect to different formats of electures, navigational patterns, and ways of utilization. Though there are currently a number of different options for recording live presentations available, there are still a number of core features not solved satisfactorially. Therefore, we finally describe new developments possibly leadung to better systems.


He served as Secretary of the European Association for Theoretical Computer Science, as elected referee for the German Science Foundation (DFG), and coordinated special research research programmes in Algorithms and Data Structures. He served as member of the Scientific Advisory Committee of the State of Lower Saxony. He is member of the steering committee of the Swiss Virtual Campus, member of the Advisory Board of the L3S, Hannover, and member of the Evaluation Panels of the Universities Tampere and Oulu, Finland. Since 2006 he is head of the Technical Committe of the Accreditation Agency ASIIN specialised in accrediting degree programs in Engineering, Informatics, the Natural Sciences, and Mathematics. Since October 2006 he is GI-Fellow.