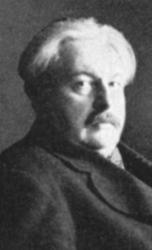 As a teacher and composer, Joseph Marx (1882 - Graz/Styria -1964) assumed the role of the guardian of tradition and reaped prizes from all the governments he lived under in his long life. It is not surprising to find him following in the footsteps of his model Hugo Wolf merely hinting at an exotic element in his Japanische Regenlied (Japanese Rain Song)(1909) which is based on a singable melody, transparent accompaniment, as well as an orchestration that approaches light symphonic entertainment. His style aims at an audience that wants to listen to well-known structures in a pleasing combination. (M. Saary)