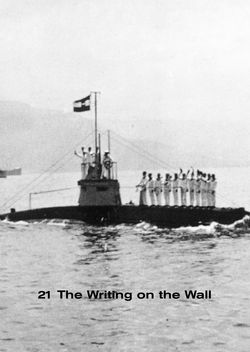 By the time the new Emperor ascended to the throne, the signs were growing in the Danube Monarchy that the subjects of His Imperial and Royal Majesty were no longer willing to bear the hunger and privations. The fact that the situation had worsened dramatically had already become evident after the harvest had been brought in during the summer of 1916. At that time, on 15 August, the War Ministry had turned to the two prime ministers and the Foreign Minister and proposed that a Food Agency be established. Only stringent management could prevent a famine. What was not stated was that only rigorous measures could also mitigate the glaring differences between the parts of the Empire and the crown lands, as well as between rich and poor. When the yield from the harvest was measured, there were huge shortfalls everywhere. Bread ce- reals were the most severely affected, and a new phrase was then coined to describe the dilemma : the one-and-a-half million hundredweight of grain that were lacking would have to be ‘gone without’.1492 Famine and Coronation Although attempts had been made to apply the standards of a ‘state war economy’ since the second half of 1915, conditions had become increasingly catastrophic. On this issue, almost all those in positions of authority laid the blame on Count Karl Stürgkh. The Austrian Prime Minister had quite clearly failed in his efforts to secure the most basic necessities for the people living in the Cisleithanian half of the Empire. Above all, he had also not succeeded in resolving the imbalance in relation to Hungary. The Joint War Minister, Baron Krobatin, then attempted to break through the vicious circle by creating a Food Agency. His reason for doing so, he claimed, was that no further restriction of consumption by the army was possible, since otherwise, its vigour would be significantly reduced. The quantities of food not needed by the army should however be distributed as evenly as possible on the home front by means of a separate authority. The two halves of the Empire and Bosnia-Herzegovina, which was under the control of the Joint Finance Ministry, as well as the Army High Command and the Imperial and Royal War Ministry, were all to be represented in the Food Agency that was to be created. The Agency was to be subordinate to the Foreign Ministry, in other words, a joint ministry.1493 The proposal had not been approved. Stürgkh and Tisza objected on constitutional grounds. Finally, the situation became particularly critical in September 1916 when the Romanian imports, which until that point had been sent to Austria in particular, were terminated. Autumn came, and then winter set in. Prime Minister Koerber made an attempt at resolving the problem with a ‘National Food Agency’, but here, also, he was unsuccessful. One might have thought that the misery that was be- coming more tangible every day would not only be a cause for concern for everyone, but that even the most drastic measures would have been justified. However, the 21 The W iting on th Wall
back to the  book THE FIRST WORLD WAR - and the End of the Habsburg Monarchy, 1914 – 1918"
THE FIRST WORLD WAR and the End of the Habsburg Monarchy, 1914 – 1918
Entnommen aus der FWF-E-Book-Library