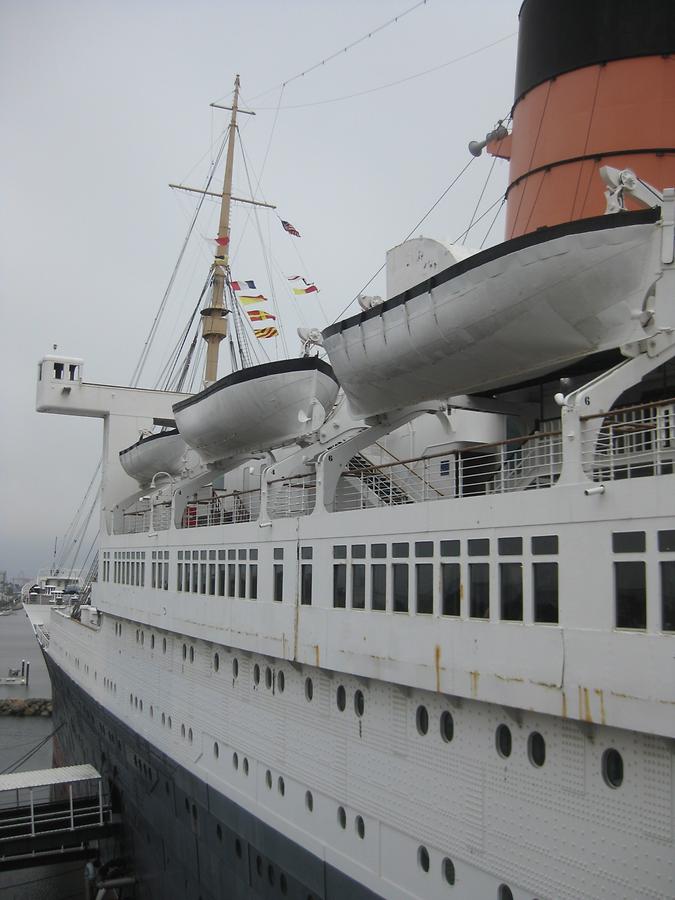 Long Beach 33.768333,-118.195556 is a city in Los Angeles County in Southern California. It has an estimated population of 469,428 (2013) and covers an area of 50.293 sq mi (130.259 sq km), 1.144 sq mi (2.964 sq km) of which are water. Long Beach is the second largest city in the Greater Los Angeles Area and a principal city of the Los Angeles metropolitan area. The Port of Long Beach is the second busiest container port of the United States and one of the world's largest shipping ports. Downtown Long Beach is located approximately 22 miles (35 km) south of Downtown Los Angeles, though the cities border each other for several miles on the southwest portion of Long Beach. On its southeast edge Long Beach borders Orange County.

The Queen Mary 33.752778,-118.189722 is a retired ocean liner that sailed primarily on the North Atlantic Ocean from 1936 to 1967 for the Cunard Line. During World War II the ship was converted into a troopship and ferried Allied soldiers for the duration of the war. The ship was retired from service in 1967 and sailed to the port of Long Beach where she remains moored ever since. Much of the machinery, including one of the two engines, three of the propellers and all of the boilers were removed. Today the ship servers as a tourist attraction featuring restaurants, a museum and a hotel. It is listed on the National Register of Historic Places and is a part of the Historic Hotels of America.