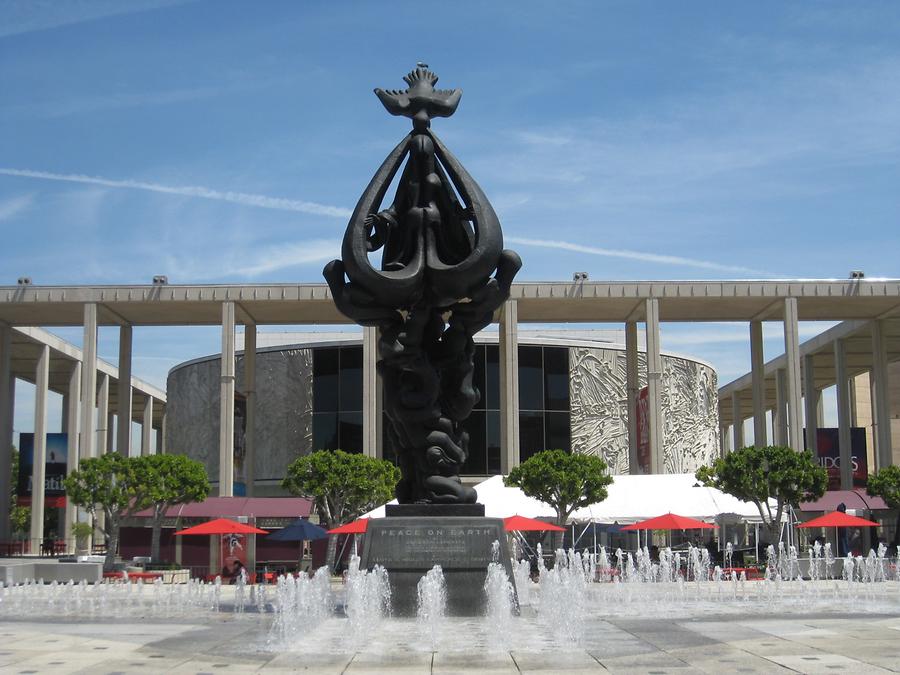 The Mark Taper Forum Mark Taper Forum is a 739-seat thrust-stage (a stage that extends into the audience) at the Los Angeles Music Center. It was designed by Welton Becket and Associates on the Bunker Hill section of Downtown Los Angeles. It is named after real estate developer Mark Taper and opened in 1967 as part of the Los Angeles Music Center. Mr. Becket designed the center in the style of New Formalism, emphasizing geometric shapes. After the 2006/2007 season the theater was renovated and open gates again on August 30, 2008.