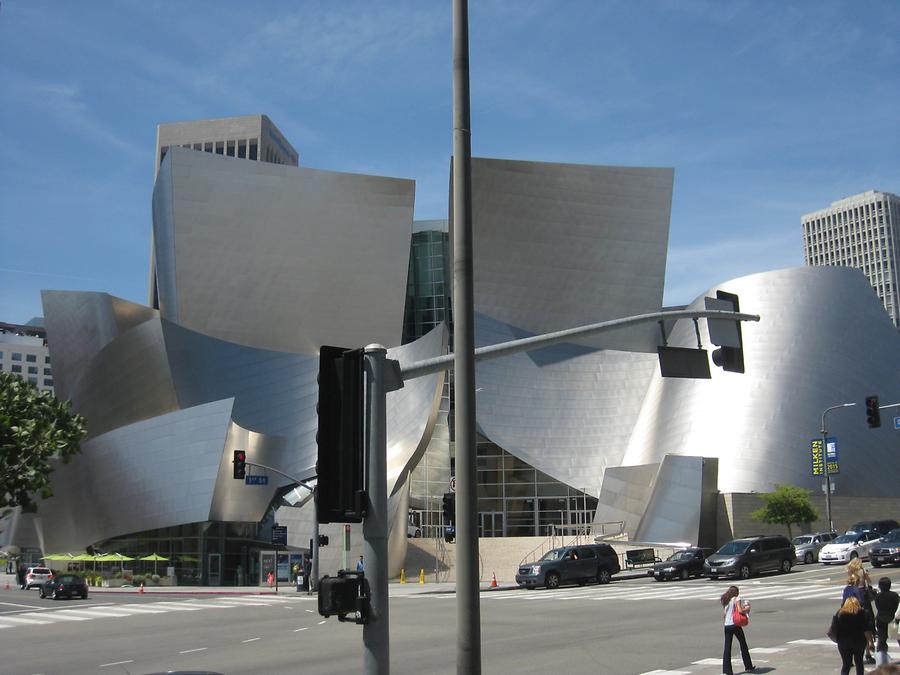 The Walt Disney Concert Hall 34.055574,-118.251065 at South Grand Avenue in Downtown Los Angeles is the fourth hall of the Los Angeles Music Center and was designed by Frank Gehry. It seats 2,265 people and serves as the home of the Los Angeles Philharmonic orchestra and the Los Angeles Master Chorale. After a $50 million gift of Walt Disney widow, Lillian Disney, the project was launched in 1987. The construction was stalled from 1994 to 1996 since the construction exceeded the original budget by far. In 1996 fund-raising restarted and groundbreaking for the hall was held in December 1999. Once the project was completed in 2003 it cost an estimated $274 million. Acoustics certainly did not suffer because of the delay as they have been highly praised by all of its listeners as well as the performers themselves.