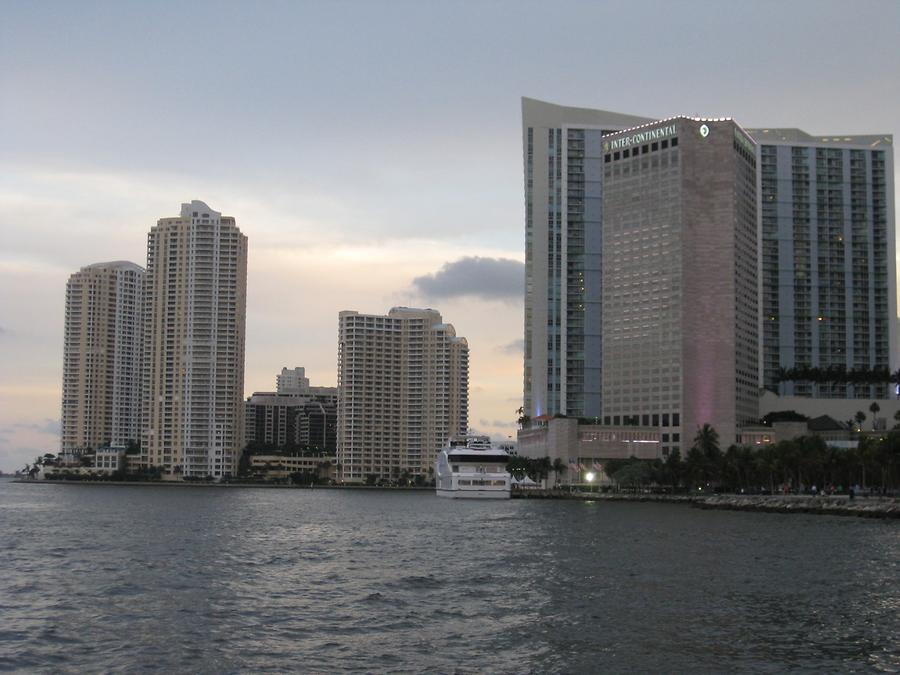 Miami 25.775278,-80.208889 is a city located on the Atlantic coast in southeastern Florida and the county seat of Miami-Dade County. The city covers an area of 55.27 sq mi (143.1 sq km) and has an estimated population of 417,650, making it the principal, central and most populous city of the Miami metropolitan area. Miami is a major center and a leader in finance, commerce, culture, media, entertainment, the arts and international trade. It was ranked as the richest city in the United States and the world's fifth-richest city in terms of purchasing power, according to a 2009 UBS study. The largest concentration of international banks in the United States is found in Downtown Miami. The Civic Center is a major center for hospitals, research institutes, medical centers and biotechnology industries. The Port of Miami, accommodating some of the world's largest cruise ships and operations, has been the number one cruise passenger port in the world for more than two decades and is also known as "Cruise Capital of the World".