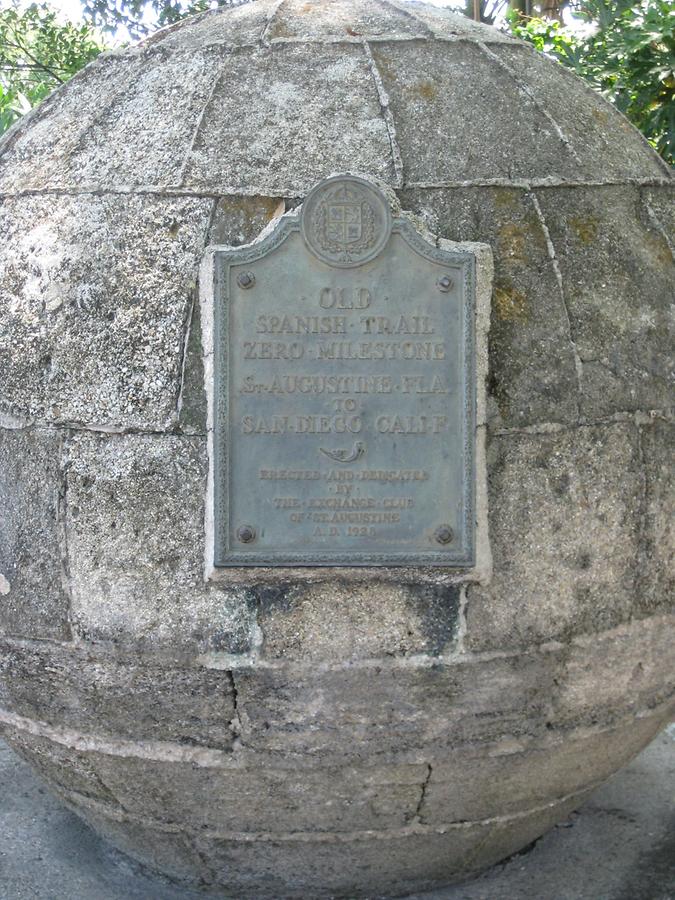 St. Augustine is a city in northeastern Florida and is the oldest continuously occupied European-established settlement within the borders of the contiguous United States. It covers an area of 12.7 sq mi (33 sq km) and has an estimated population of 13,679 (2013). Saint Augustine was founded in 1565 by a Spanish admiral who named the settlement "San Augustín because his ships arrived in Florida on August 28, the feast day of St. Augustine. The city served as the capital of the Spanish Florida for over 200 years and even remained capital when the territory briefly changed hands between Spain and Britain. It was designated the capital of the Florida Territory until Tallahassee was made the capital in 1824. The city today is a major tourist attraction.