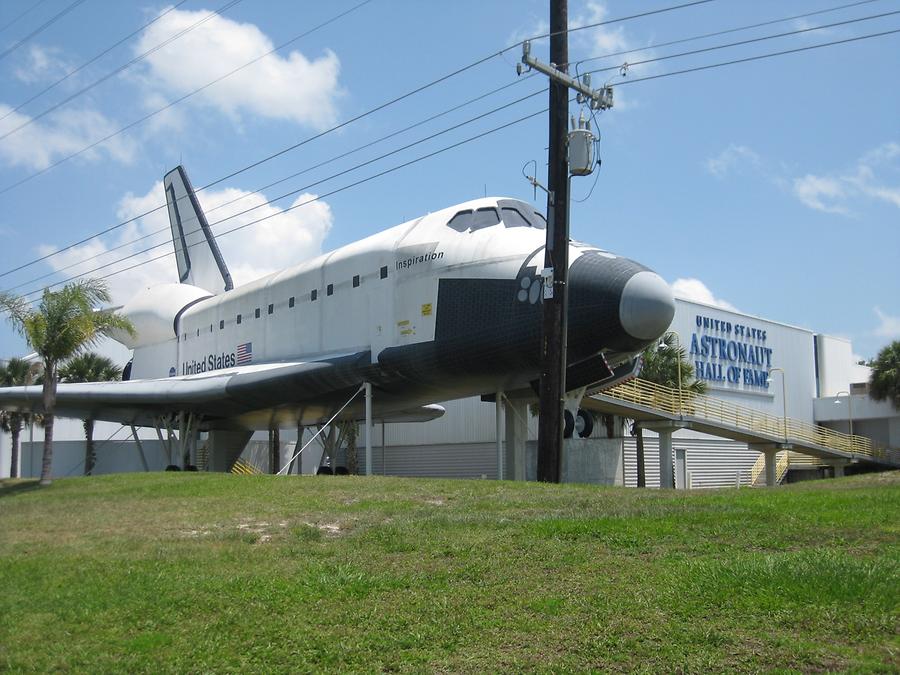 Titusville United States Astronauts Hall of Fame, May 2013, © Ewald Judt, under CC BY 4.0

The United States Astronaut Hall of Fame 28.5265,-80.7823 honors American astronauts and features the world's largest collection of their personal memorabilia. Outside of the stands a full-scale replica of Space Shuttle Inspiration which is accessible to visitors. The Hall of Fame opened on October 29, 1990, closed for several months in 2002 and re-opened on December 14, 2002.