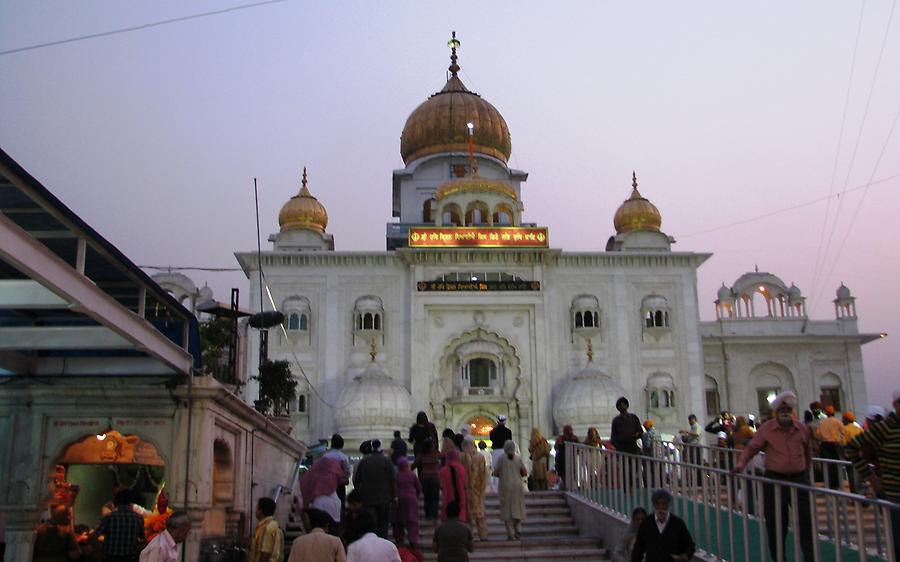 Gurdwara Bangla Sahib is the most prominent Sikh gurdwara, or Sikh house of worship, in Delhi.

It is situated near Connaught Place in New Delhi and is instantly recognisable by its stunning golden dome and tall flagpole.

It was first built as a small temple by Sikh General Sardar Bhagel Singh in 1783, who supervised the construction of nine Sikh shrines in Delhi in the same year, during the reign of Mughal Emperor, Shah Alam II.