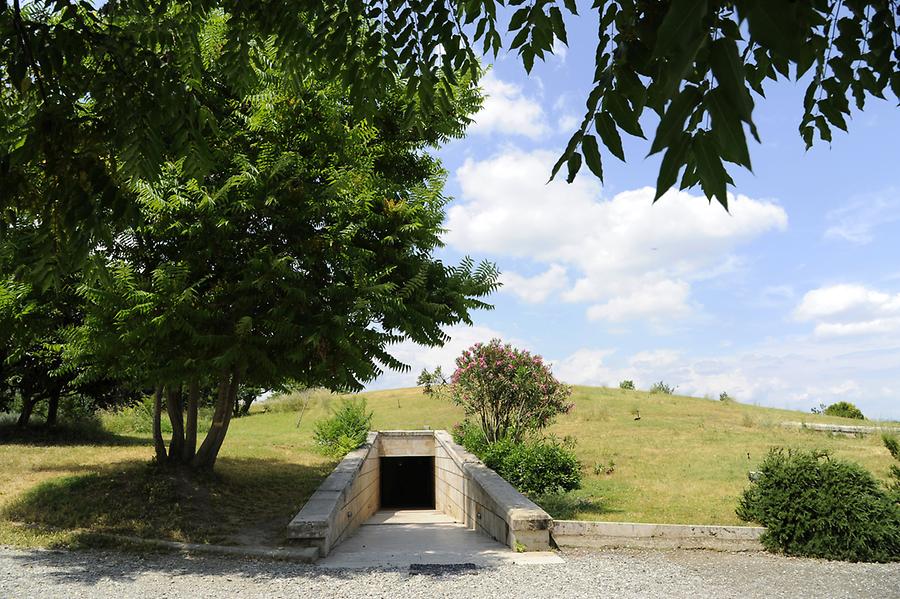 Vergina Philipps Grave, June 2011, © Gerhard Huber, under CC BY-NC 4.0 +Edu
Not much was known about the burial places in Vergina, until in 1977 archeologists made a spectacular find: The almost untouched grave of Philip II of Macedon, father of Alexander the Great.

It is now known that the powerful king was stabbed to death: The murder of Philip occurred during October 336 BC, at Aegae, the ancient capital of the kingdom of Macedon. The court had gathered there for the celebration of the marriage between Alexander I of Epirus and Philip's daughter, by his fourth wife Olympias, Cleopatra.

While the king was entering unprotected into the town's theater (highlighting his approachability to the Greek diplomats present), he was killed by Pausanias of Orestis, one of his seven bodyguards.

The assassin immediately tried to escape and reach his associates who were waiting for him with horses at the entrance of Aegae. He was pursued by three of Philip's bodyguards; tripping on a vine, he died by their hands.