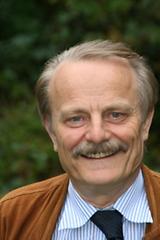 Prof. Nagl is theauthor of five books and editor/coeditor of about 20 books. He authored/coauthored about 200 articles in scientific journals, proceedings, and books.

He was the leader of the IPSEN project, the speaker of the DFG research group SUKITS (1990-1997), the speaker of the DFG Collaborative Research Center SFB 476 (1997-2006), and speaker of the Transfer Center TB 61, also financed by DFG, 2006-2009. DFG is the German National Science Foundation. IPSEN was on Tightly Integrated Software Development Environments, SUKITS was on tool integration in mechanical engineering, the SFB and the TB were on tool integration in chemical and plastics engineering. The books on these projects are outstanding.

At RWTH, Software Engineering Department, many further application-oriented projects based on graph technology, tools, and architectures are and were carried out, in the area of telecommunication, automotive, business administration, architecture of buildings and civil engineering, eHome, authoring etc.

Prof. Nagl has supervised about 300 Masters' Theses and 46 Doctoral Dissertations. 17 professors were former PhDs of his group. Also, some of his former PhD students are now in leading positions of companies.

Prof. Nagl was speaker of Computer Science at RWTH Aachen University from Oct. 2005 to December 2007, after having had various other positions in the department, faculty, and university.

He was vice-speaker of Aachen Informatics Industry Club (REGINA) from March 2000 to December 2007 - now being a honorary member - and Member of the Board of Forum Informatik from 1988 to 2007 at RWTH Aachen University, in which all stakeholders of RWTH in direction of Informatics and its applications have been working together.

He was Head of “Fakultätentag Informatik” (German Informatics Faculty Deans' Conference) from January 2006 to December 2008, and he was in the board of that association from 2009-10.

He was Head of 4ING, the Association of Faculty Deans Conferences of Mechanical Engineering/ Process Engineering, Electrical Engineering/ Information Technology, Civil Engineering/ Geodesy, and Informatics in Germany from January 2007 to December 2008, he was also in the board of that association from 2009 to 10, and he is still active as honorary member. Since 2011 he is a Fellow of 4ING.

He is a Fellow of the Gesellschaft für Informatik, Germanys Association for Computing.

He was Speaker Substitute of the Accreditation Committee of EQANIE, European Quality Assurance Network for Informatics Education.

He got an Honorary Doctor from University of Paderborn in 2010.

Evaluation of Research and Teaching#

Member and 8 times chairperson of about 30 finding commissions for professorships.

Evaluator or coach of 35 large and outstanding research projects in Germany and on international level.

Chairman of the Research Evaluation Committee of Informatics Europe.

External reviewer for many other finding commissions or tenure commissions.

Reviewer of about 80 PhD theses and further Habilitation Theses.

Reviewer of about 500 Master Theses.

Having been in various selection committees for awards.

Numerous reviews for deciding about acceptance for many conference proceedings and 26. journals.