Max Steiner: Gone with the Wind# 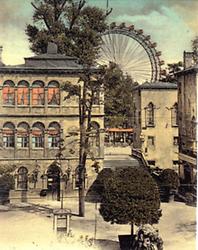 Venice in Vienna in Vienna´s Prater 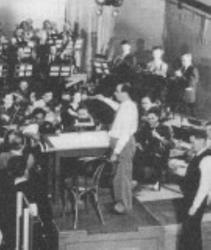 Steiner as a conductor

After his studies, Max Steiner (1888 Vienna -1971 Beverly Hills/USA) first worked at Venedig in Wien (Venice in Vienna), an amusement park that belonged to his father whose only remnant today is the Giant Ferris Wheel which is the symbol of the Prater, before he moved to America. The sensational success of the film Gone with the Wind (Example, main theme of the film) of 1939 owed a lot to the 192 minutes of music that Steiner wrote for it. His flexibility and well-trained musical talents combined with the ability to transfer traditional compositional techniques such as Wagner's Leitmotiv to the film were the basis of his own success. The guiding principle is to transfer the emotional feeling of a scene to the viewer with music that never stands out, similar to stage music or even program music. (M. Saary)