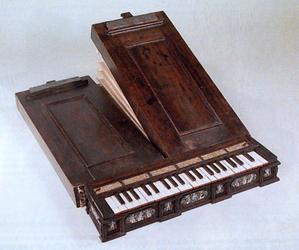 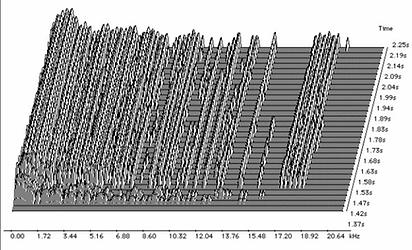 The illustration shows a Regal (ca. 1580, Kunsthistorisches Museum Vienna). The existence of such small portable organs can be documented from as early as the 11th/12th c. and were called by this name during the 15th-17th c. The instrument consists of a narrow chest which contains the wind chest and reed pipes. In front of these is a keyboard where a musician plays the instrument, and in back, two bellows which require a second person to pump. When it was being played, the Regal was set on a table. It was extremely popular not only in church music but also in the theatre, at banquets (Tafelmusik), dances and private music-making. In the 18th c., musical tastes changed and the Regal went out of fashion because of its nasal-sounding, overtone-heavy texture. The musical example Ave maris stella does not come from Austria. It should however serve as a listening example of the Regal. (E. Stadler)