How does a medication make its way into a cell? It uses the cell’s own transport mechanisms. These often poorly studied transporter proteins are the focus of an international EU-project including Gerhard F. Ecker from the Faculty of Life Sciences at the University of Vienna.# 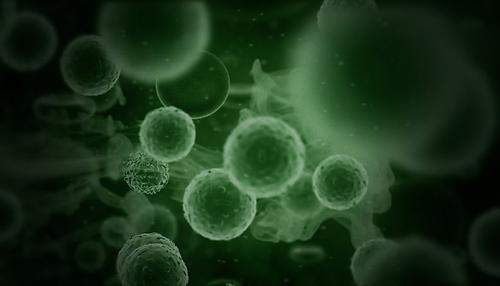 Transporter proteins are located in the cell membrane and do duty far beyond serving as a vehicle for therapeutic drugs. Some of them deliver what the cell needs to live, whereas others function as the cell’s garbage collection system. They remove the waste products produced during cell metabolism.

The different substances in the human body all have their own transport mechanisms. Nonetheless, more than half of the approximately 460 different transporter proteins have never been studied. We often have no idea what substances they in fact transport. "The transporters belong to the last large blank spots in pharmaceutical science," explains Gerhard F. Ecker from the Department of Pharmaceutical Chemistry at the University of Vienna. This needs to be resolved because they are not only crucial for cell metabolism in healthy bodies but are also essential for developing medications.

Even today, transporters are being applied in the therapy of numerous diseases. "Antidepressants block the serotonin transport into the interior of the cell and thus increase the concentration of serotonin, one of the so-called happiness hormones, at the nerve ends," Ecker points out. Other medications disguise themselves as amino acids in order to trick transporters into helping them cross the blood-brain barrier, which physiologically guards the brain cells.

Other such proteins can impair the healing process, necessitating a blockade. "Resistant cancer cells use them to get rid of active ingredients in chemotherapy drugs. The drugs remain ineffective without a chemical intervention into the transport cycle," Ecker explains. Medications can also switch off cell-internal transport substances in diabetes– specifically those in the kidney that filter sugar molecules from urine. In healthy humans this process is meaningful because it enables the body to utilize the sugar. This is not the case for diabetics; their blood sugar level can be lowered by deactivating the transporters.

Transporters are the focus of the international EU project "RESOLUTE", boasting a high-caliber team including Gerhard F. Ecker’s group at the University of Vienna. The special feature of this and other projects of the Innovative Medicines Initiative (IMI) in the framework of the EU’s Horizon 2020 Program is the close link they establish between universities and the private sector. 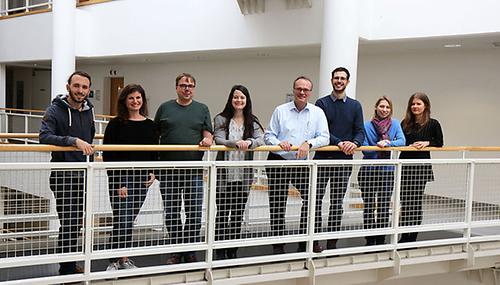 Beyond research facilities and universities from Leiden, Oxford, Manchester and Heidelberg that are funded by the program, 6 of the 50 leading pharmaceutical companies based in Europe are involved. In a combined effort, they are conducting basic research on transporter proteins. These proteins raise numerous questions that need to be resolved to optimize the future development of medications.

Advanced research on these transporters promises to yield new approaches in developing cures to diseases such as Alzheimer’s or cancer .Over the next five years, the RESOLUTE researchers plan to study 72 such proteins whose functioning has eluded science to date.

In a first step, 10 of these transporters will be examined. Gerhard F. Ecker and his team played a major role in the selection process. The priority list was compiled together with the junior researchers Jakob Hager, Claire Colas, Michael Viereck, Daniela Digles, Riccardo Martini, Florentina Troger and Barbara Füzi. The research effort will initially concentrate on the most promising transporters; these will be used to test the methodology developed by the project.

The research group’s mission is to analyze the currently already available data on transporters and to link them together into a databank so that queries from the project partners can be processed quickly. "Every pharmaceutical company faces this problem" says Eckert. "They need to keep an eye on what is already known and synchronize this with the internally generated data. The project is designed to collate all this knowledge."

The data collected over the course of the project will then be made available to the public. RESOLUTE will therefore contribution significantly to both current and future research efforts on transporter proteins. (jr)

The project "Research Empowerment on Solute Carriers" (RESOLUTE) is funded by the Horizon 2020 Program of the European Commission in the framework of the Innovative Medicines Initiative (IMI). It started in July 2018 and ends in May 2023. The University of Vienna is participating as a project partner with a team under the supervision of Univ.-Prof. Mag. Dr. Gerhard F. Ecker from the Department of Pharmaceutical Chemistry at the Faculty of Life Sciences. The project, which is coordinated by the Research Center for Molecular Medicine (CeMM) in Vienna, unites researchers from six European research facilities, 1 SME, and 6 pharmaceutical companies based in Europe.