The 70th birthday of Arnold Schwarzenegger was celebrated in his native city in Graz. In 1947 he was born in the little village of Thal northwest of this town, where nowadays the Schwarzenegger museum is located. 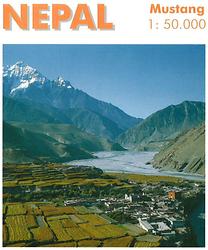 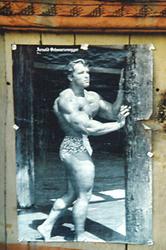 He got well known in bodybuilding very early, also in remote regions of our earth, e.g. in the Mustang District of Nepal (KOSTKA 2004).

The village of Kagbeni in this district is situated at the Kali Gandaki river north of the 8000 meter peaks Dhaulagiri (8172m) and Annapurna (8091m), where in October 1991 research work was done by an international team (POHLE, HAFFNER 2001).

Survey work was carried out there in the remains of the castle with its historic core and the surrounding courtyard houses.

In the upper part of the castle a big poster of Arnold Schwarzenegger was fixed at a wooden door, showing him as a bodybuildingchampion.

In his further life he went to California, studied in Los Angeles, was interested and active in many fields and was also politically active. He was the 38. Governor of California. Besides sports and politics he also is known worldwide in the film business.