by Michaela Schölnberger [1]
Kindly made available by Anton Paar GmbH April 2017, based on an earlier entry in the Paar-Blog

The enormous hype surrounding craft beer – meaning beer that has been brewed manually, by craftsmen – began in the United States a few years ago and has now “flowed” into Europe. By now, beer styles such as IPA (Indian Pale Ales), stouts, barley wines or spiced beers are no longer rarities but highly popular choices among connoisseurs. This year, the former Ankerbrot factory in Vienna once again became a melting pot of highly diverse assorted brewing recipes from 71 breweries in 12 countries, presented to thousands of interested visitors.

This only added to our excitement about being given the honor of participating in the Craft Bier Fest (November 20 – 21, 2015) in Vienna, the largest national event for craft beer and beer culture. As solutions from a measurement expert with decades of experience in the brewing industry, our custom-tailored density/alcohol and CO2/O2 measuring instruments of the Craft2Craft portfolio were met with the according interest. We often saw great enthusiasm in craft brewers with a portable DMA 35 density meter, describing future measuring procedures during brewing and fermentation control with a happy twinkle in their eyes.

With our motto „More love for your beer“, we truly hit the spot for many brewers out there. The best possible ingredients, well-crafted compositions, unique and outstanding beer stories as well as their presentation regarding the bottles and labels are just some essential quality parameters – or shall we say declarations of love for every beer? This means craft brewers’ needs are perfectly met by the Craft2Craft measurement packages for precise fermentation monitoring, accurate alcohol determination as well as the beers’ shelf life and consistent taste.

The 12th Austrian Beer Challenge Award, supervised by BierIG, was granted to national industrial breweries as well as homebrewers in 13 categories. While the first awards to the prize-winning industrial breweries were handed over several days earlier in the Brandauer Schlossbräu brewery in Hitzing, the awards ceremony for the best homebrewers took place at the Craft Bier Fest in Vienna – where you could see many beaming smiles on the happy winners’ faces! Anton Paar, a sponsor of the award this year, congratulates all prize winners! 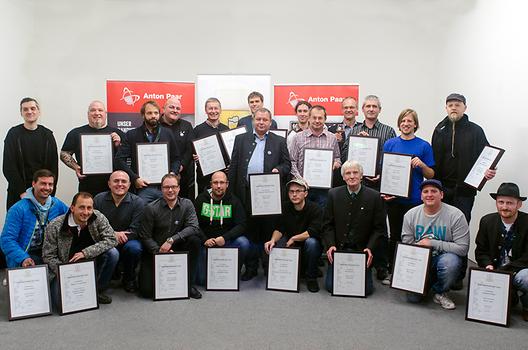 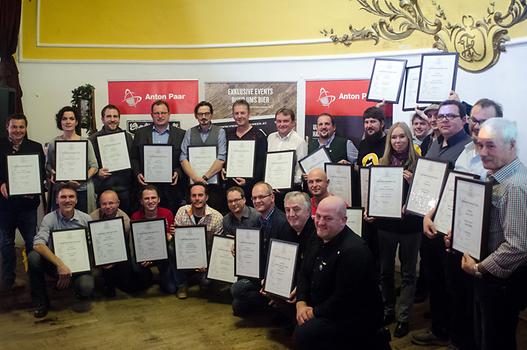 Apart from the great Craft2Craft product offers, what else connects Anton Paar with craft brewers? Craftsmanship has fueled our company ever since Anton Paar founded his one-man workshop in 1922; today we are the world’s first address for precise measurements on beer. Like you, we’re driven to find new solutions, improve and refine, never stop the flow of ideas. We get it. Let’s join crafts.