The evolution of digital density measurement#

by Siegfried Hold
Kindly made available by Anton Paar GmbH April 2017, based on an earlier entry in the Paar-Blog

Digital density meters have been increasing efficiency in laboratories for almost 5 decades. During that period various technological steps were taken to continuously improve the instruments’ measuring performance. While the density meters´ specifications such as measuring time and accuracy were brought close to perfection, further substantial soft facts have appeared in the 21st century – namely modern user interaction and interface design:

Of course both factors are important to keep training efforts for new instruments or operators low, to offer the highest possible levels of flexibility and to provide a unique user experience.

Even if this topic is discussed in the context of analytical instrumentation, it is still human beings that operate the devices and these human beings are constantly in contact with modern tablets, smartphones and more. This generates an expectation, also when touching any other screen. These modern consumer goods use state-of-the-art PCAP or PCT (projected capacitive touchscreen technology) which generates perfect user interaction – as is the case with the novel density meters of Anton Paar’s DMA Generation M – to satisfy the user´s expectations. Certain advantages of PCAP over traditional touchscreen technology provide a valuable user benefit. While analytical instrumentation meets a different set of demands than consumer products, the expectation of precision and ease of use is certainly the same. In laboratories we can find samples, solvents and cleaning liquids as well as lots of busy people. This calls for an instrument that is resistant, stable and reliable. PCAP touchscreen technology offers precisely that.

While resistive touchscreen technology requires a deformation of the surface, the detection area with PCAP technology is ‘projected’ in front of the surface. This allows the application of chemically hardened glass as surface material which then becomes one of the most robust parts of the laboratory instrument. 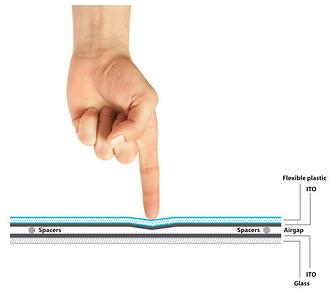 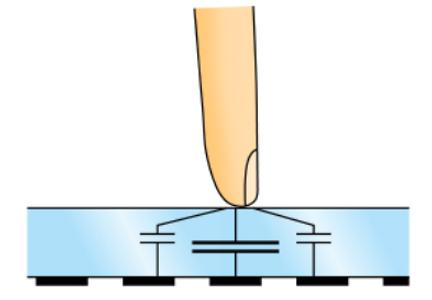 Curious about a possible real live scenario? To get a good impression of what PCAP technology means to an analytical instrument – in this case a density meter – watch the movie below.