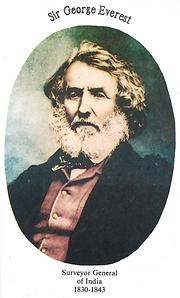 Fig. 1: Sir George Everest, Surveyor General of the Survey of India 1830-1843.
In connection with the survey work in British India (The Great Arc, Triangulation Network) also the heights of the eight-thousand meter-peaks in the Himalaya of Nepal were measured.

Peak XV of this height-series received the value of 29 002 ft (8840m). At that time no local name for this point was known, so the name Mount Everest was given to this peak.

George Everest was involved in the basic measurements in India, from the Great Arc in the southern part to the mountain range of the Himalaya.

He transferred the Survey Centre of India (SOI) to Dehra Dun located near the Himalayan mountain ridges. His personal governmental headquarter was located in Mussoori in the southern Himalaya. From 1830 until 1843 George Everest was Surveyor General of the Survey of India (Fig. 1).

In 1844 he went back to England and was honoured in 1861 for his merits in India as Sir George Everest.


Later on, the highest peak of our earth did receive not only the name Mount Everest but also the name Sagarmatha from the Nepalese side and from the Tibetan side (China) it got the name Chomolongma (Feng). 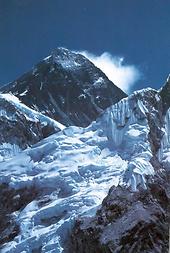 Fig. 2: View from Kala Pattar to Mount Everest (8848m),Foto: Robert Kostka, 1991)
The interest of reaching the top of the mountain started with an expedition in the year 1921 and led to the first ascent in the year 1953 by Edmund Hillary from New Zealand and Sherpa Tenzing Norgay on May 29 of this year. Further expeditions followed (Fig. 2), and from these numerous only three examples are mentioned, with a special topic in aerial images (KOSTKA 2018): First over Everest, The Houston Expedition 1933; A one day trip to Mt. Everest; In the Learjet over Mt. Everest peak – 20. December 1984, 11:50 until 15:20.

The interest in climbing the highest peak of our earth is also nowadays still very high. Mount Everest is the most favourite spot for climbing (8848m) among all 17 eight thousand meter peaks in Nepal (PANDAY 1987).