Milutinovic- A life between Serbia and the USA# 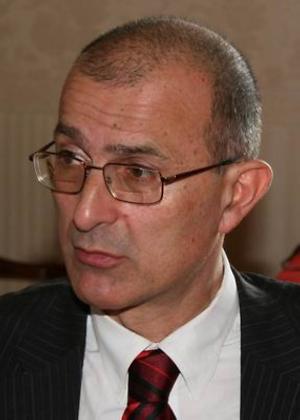 After I graduated, I got an offer to join Purdue University in the USA where I was introduced to a number of new research avenues, mostly via my cooperation with the computer industry of the USA. The topic that I enjoyed most was the technology sensitive computer architecture.

I was lucky to be involved in the creation and design of machines that exploited the GaAs techology, in the uni-processor and multi-processor environments.

I returned to my alma mater before the 13th birthday of my oldest son. There I was involved in education that would prepare the most talented Serbian students for the challenges on the future trends in technology.

I became impressed with the research of Oskar Mencer, in the domain of data flow computing, and consequently, all my current research efforts are tuned to that exciting new paradigm of computing.

I enjoy thinking about creativity methods that synergize various areas in science and technology and I always try to think out of the box, if that is possible. Those who most recently impacted my thinking process a lot are: Hermann Maurer, Howard Moskowitz, and Henry Markram.

Those from the family, that had most impact on my development, were my parents Milan and Simonida, as well as the uncle Ratoljub, who did not have his own children, and was dedicating lots of time educating me. I like to study about my grand-parents (Milutin and Vidosava + Dusan and Danica) and to work on continuation of some of their missions. I also like to learn from my sons (Dusan, Milan, and Goran) from my daughters-in-law (Jovana, Teodora, and Ivana), and from my grand daughters (Vesna, Danica, Andjelija, Una, Tamara, and Lena).

However, the person who had the strongest impact on me is my wife Dragana.

I am really sorry that Veljko Milutinovic is too modest. #

He deserves that all readers know that he is THE outstanding first Serbian computer engineering memberer of Academaia Euroapea and I am proud to have been one of his nominators years ago. Look at his CV, or his web-Page. But for those too lazy to do either, here are few facts: