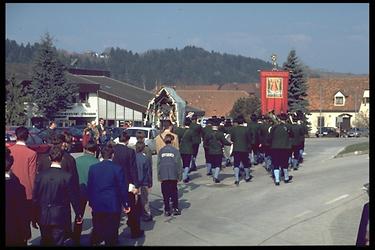 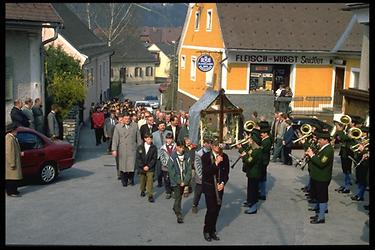 According to a custom that originated in the days when an epidemic of bubonic plague devastated large parts of Styria, the people of the village of Attendorf participate in a procession to the neighboring town of Hitzendorf. The Madonna is called upon in traditional prayers and songs to help them. At the border of Hitzendorf, a brass band meets the praying Christians and leads them to the parish church while playing marches used in processions. Once they arrive at the church, a mass is held. The word Maschta actually comes from the Austrian expression for a wayside altar, "Marter". The West styrian dialect however turns an r before t to sch. (E. Stadler)