The Turks and Caicos Islands # 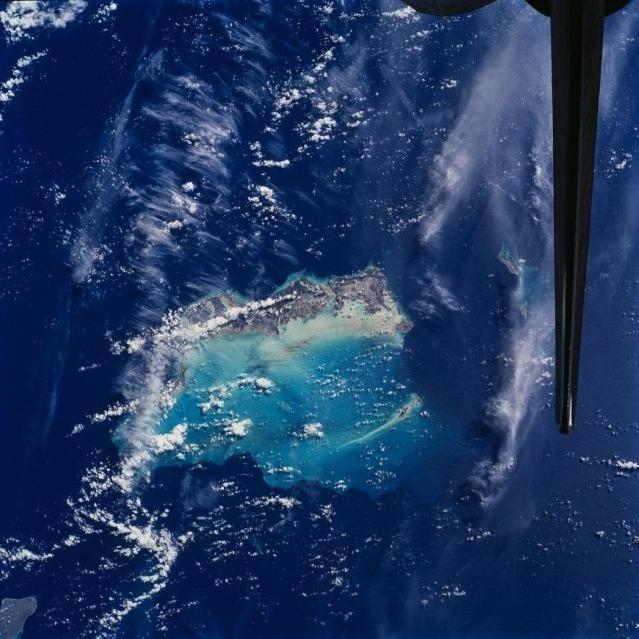 Image courtesy of NASA., under PD
The Turks and Caicos Islands as seen from the space shuttle. In this view, the extensive shallow water areas of Caicos Bank (turquoise) dominate to the south of the Caicos Islands.

Caicos Bank covers an area of 7,680 sq km (2,965 sq mi). The coral reefs of Caicos are primarily along the north deep water edge of the islands, and in a barrier to the south of the bank.

East of Caicos Bank, near the tail of the shuttle, is the island of Grand Turk, part of the much smaller Turks Bank. The channel that runs between the two banks is more than 2,200 m (1.4 mi) deep.