We exist to make the capability of human travel beyond our solar system a reality within the next 100 years. We unreservedly dedicate ourselves to identifying and pushing the radical leaps in knowledge and technology needed to achieve interstellar flight, while pioneering and transforming breakthrough applications that enhance the quality of life for all on Earth. We actively seek to include the broadest swath of people and human experience in understanding, shaping and implementing this global aspiration.

Taking up this task ignites not only our imagination, but the undeniable human need to push ourselves to accomplishments greater than any single individual.

When we explore space, we garner the greatest benefits here at home. The challenge of traveling to another star system could generate transformative activities, knowledge, and technologies that would dramatically benefit every nation on Earth in the near term and years to come. We believe that pursuing an extraordinary tomorrow will build a better world today.

Also remarkable is the boom in other science and engineering fields - and the accompanying wave of social creativity, artistic expressions, and educational innovation - that followed the Apollo missions and each successive leap in space exploration. Technologies created for and made possible by space exploration permeate, shape and are an integral part of our world.

Programs to establish a human presence on the Moon, Mars, or elsewhere in our solar system will be stepping-stones to the stars. All the capabilities needed to accomplish human interstellar travel are the same ones required for successful human survival.

The concept of humans traveling to other star systems may appear fantastical, but no more so than the fantasy of reaching the Moon was in the days of H. G. Wells. “The First Men in the Moon” was published considerably less than 100 years before humans landed on the Moon (1901 vs. 1969), and the rapidity of scientific and technological advances was not nearly as great as it is today. The truth is that the best ideas sound crazy at first. And then there comes a time when we can’t imagine a world without them. 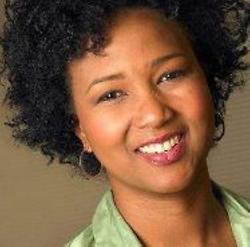 Jemison is building an international, multi-faceted organization to promote the broad global commitment, scientific, social and technical support and financial framework to accomplish the 100YSS vision: An Inclusive, Audacious Journey (that) Transforms Life Here on Earth and Beyond

BioSentient Corporation, a medical devices and services company focused on improving health and human performance is such a company.

Jemison, the first woman of color in the world to go into space, served six years as a NASA astronaut. Aboard the Space Shuttle Endeavour, STS-47 Spacelab J mission in September 1992, she performed experiments in material science, life sciences and human adaptation to weightlessness. Before joining NASA she was the Area Peace Corps Medical Officer for Sierra Leona and Liberia and a general practice physician in Los Angeles.

In 1994 Jemison started the international science camp The Earth We Share™ (TEWS) for students 12 - 16 years old. TEWS, is a program of the Dorothy Jemison Foundation for Excellence non - profit which launched TEWS - Space Race in 2011 in collaboration with the Los Angeles Unified School District; over four years it will impact up to 10,000 middle school students and train 400 teachers.

Other foundation programs include Reality Leads Fantasy — Celebrating Women of Color in Flight that highlighted women in aviation and space from around the world.

Jemison is a member of the U.S. National Academy of Sciences’ Institute of Medicine and is on the boards of Kimberly-Clark, Scholastic and Valspar. She was the Founding Chair of the Texas State Product Development and Small Business Incubator Board, Chair the Texas State Biotechnology and Life Sciences Industry Cluster and the Greater Houston Partnership Disaster Planning and Recovery Task Force. She is a member of the Morehouse Board of Trustees and the Board of the Texas Medical Center. She serves as Bayer Corporation USA’s national science literacy advocate. Jemison is an inductee of the National Women’s Hall of Fame, the National Medical Association Hall of Fame and Texas Science Hall of Fame as well as a recipient of the National Organization for Women’s Intrepid Award and the Kilby Science Award among many honors. September 2011 she was a featured panelist on the CNBC special “The Business of Science”. B.S., Chemical Engineering; Fulfilled requirements A.B., African and Afro-American Studies—Stanford University; Earned Doctorate in Medicine, Cornell University

For more see the essay on Jemison. This essay is part of the proceedings of "The Science of Future and the Future of Science" organized by H. Maurer and K. Zatloukal in Brussels 2005.