Replica of old engine going up to White pass# 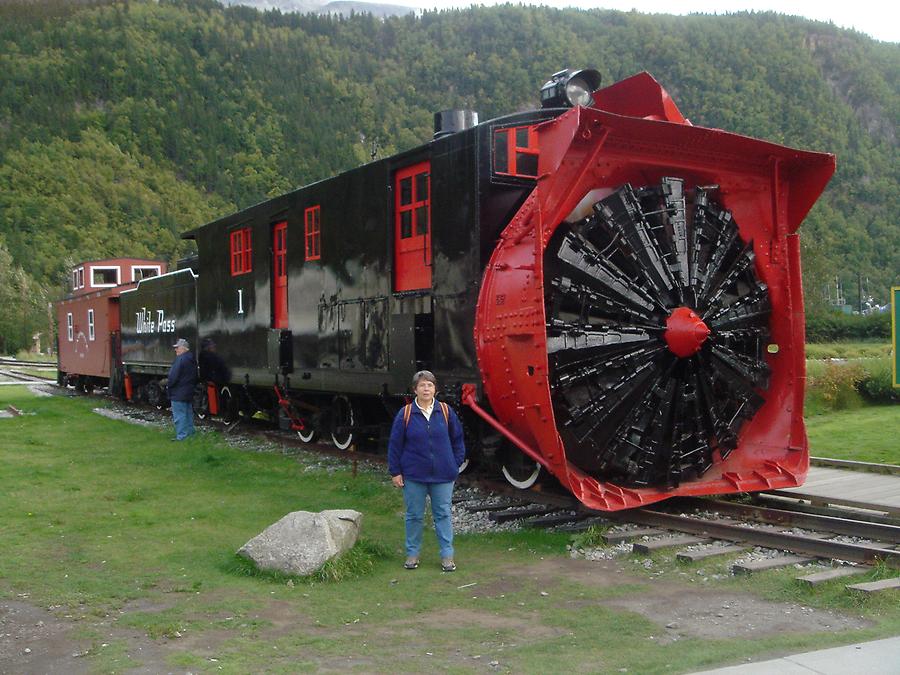 
To recount the history and the many stories of the gold rush would take too long: let it suffice that the crossing over into the Canadian Yukon was a Herculean effort. Thus, two guys decided to build a railway over White Pass.

Finished within 26 month in 1901 it is a feat of engineering, particularly taking into account that the building continued all winter: In temperatures at minus 40 centigrade and less, howling storms, and only 3 days of daylight per day.

But by the time the railway was finished, most of the gold-rush was over, but the railway kept operating for the transport of silver and iron into the nineties.