Juneau- plaque at house of governor# 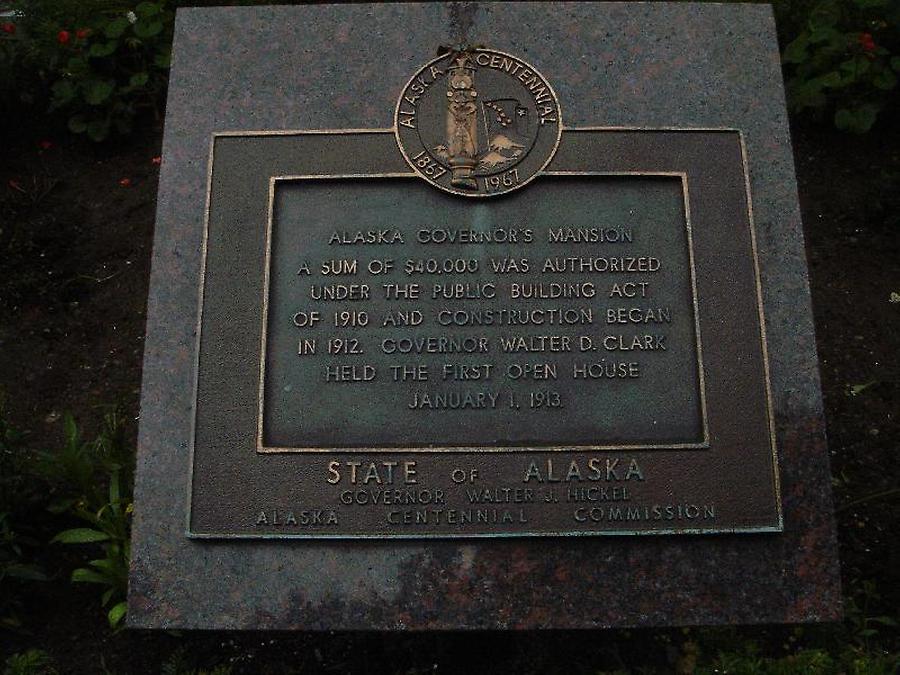 Juneau
Photo: H. Maurer, Fall 2005
The unified municipality of Juneau Juneau, AK (existing as such since 1970) is the capital city of Alaska.

It has been the capital of Alaska since 1906, when the government of the then “District of Alaska“ was moved from Sitka.

The city is very unusual among U.S. capitals in that there are no roads connecting Juneau to the rest of Alaska or the rest of North America (though ferry service is available for cars).

Juneau is named after a gold prospector Joe Juneau but it had a number of different names in the past.