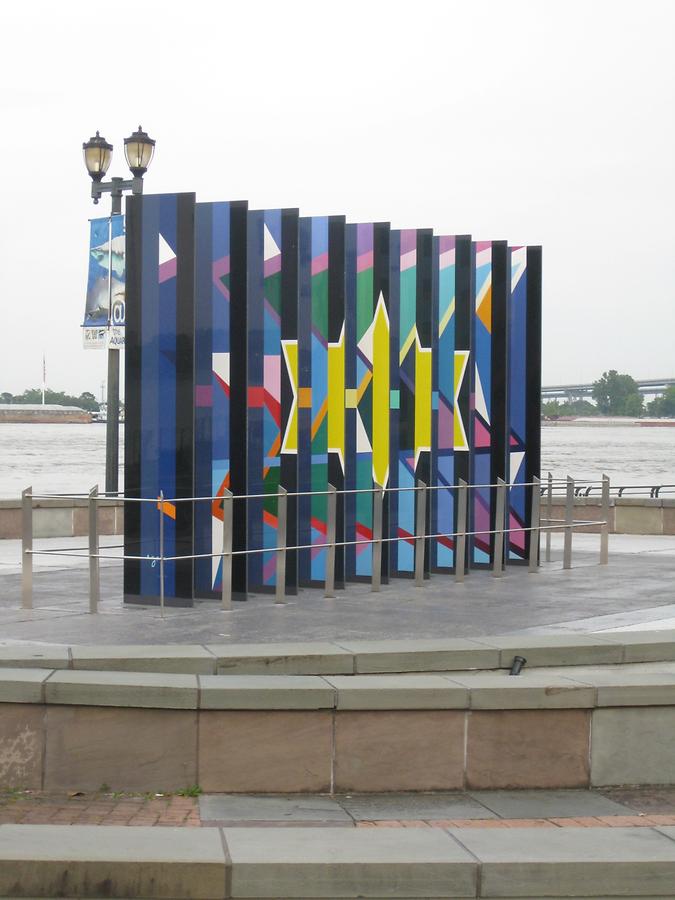 The New Orleans memorial Sculpture New Orleans Holocaust Memorial , designed by Israeli artist Yaacov Agam, is an artistic visual prayer in the memory of the six million Jews of Europe and millions of other victims who were tortured and murdered by the Nazis and their collaborators from 1933-1945. The sculpture is made of nine panels, each of which bears a different design. As you walk around the sculpture, the colors meld and merge to create ten different viewpoints, symbolizing the darkest periods of oppression in the Holocaust as well as the ongoing light and spirit of the Jewish people.