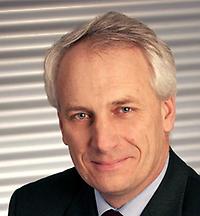 The research work focuses on molecular pathology of metabolic liver diseases and cancer. Kurt Zatloukal coordinated the preparatory phase of a European biobanking and biomolecular research infrastructure (BBMRI) within the 7th EU framework programme. BBMRI should provide access to high quality human biological samples to enable future needs of large genetic epidemiology and sequencing studies. In this context it is crucial to establish Europe-wide harmonized processes and quality criteria that are compliant with the requirements of latest -omics technologies as well as with ethical and legal regulations. Furthermore, he leads in the FP7-funded large integrated project SPIDIA the development of new European standards and norms for tissue-based biomarkers, and leads the medical platform of the FET Flagship project IT Future of Medicine.

Kurt Zatloukal was member of the OECD task force on biological resource centres and the Roadmap Working Group of the European Strategy Forum on Research Infrastructures. Moreover, he contributed to the OECD best practice guidelines for biological resource centres, the regulations for genetic testing of the Austrian Gene Technology Law, and the opinion on Biobanks for research of the Bioethics Commission at the Austrian Federal Chancellery.