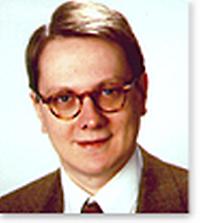 Gottlob Georg: Hypergraph Decompositions and their Applications to Constraint Satisfaction and Combinatorial Auctions
#

One of the best-known methods for decomposing graphs is the method of tree-decompositions introduced by Robertson and Seymour.
Many NP-hard problems become polynomially solvable if restricted to instances whose underlying graph structure has bounded treewidth. However, many problems are better described by hypergraphs than by graphs. In this talk I will report hypergraph decomposition methods, and their application to database query optimization, to constraint satisfaction, and to the winner determination problem in combinatorial auctions. The latter are auctions where each bidder can place bids on sets of items rather than on single items.

Georg Gottlob is a Professor of Computing Science at Oxford University and an Adjunct Professor at TU Wien. His research interests are database theory Web information processing, graph algorithms, constraint satisfaction problems, logic, and computational complexity. He is a co-founder of the Lixto data extraction company (www.lixto.com). Gottlob got his Engineer and Ph.D. degrees in Computer Science from TU Vienna, Austria in 1979 and 1981, respectively. Before moving to Oxford, he was, since 1988, a Professor of Computer Science at TU Wien.


From 1981 to 1987, he was affiliated with the Italian National Research Council in Genoa, Italy, and with the Politecnico di Milano, Italy. He was a research scholar at Stanford University, in 1999 an invited McKay Professor at UC Berkeley, and in 2002 a Visiting Professor of Univ. Paris VII.

Georg Gottlob was an invited speaker at many international conferences. He received the Wittgenstein Award, a Royal Society Wolfson Research Merit Award, and was elected member of the Austrian Academy of Sciences, of the German Academy of Sciences "Leopoldina", and of the Academia Europaea (London).

With a modular flexible architecture an EU-wide agreed Skills Set was defined by a European Job Role Committee. Out of a Europe-wide pool of test questions automated by European portals courses (based on the same skills) are held.at universities or are organized by training companies.

and discuss the opportunities of collaboration and the possibility of certificates (four certificate levels).

Richard Messnarz is the Executive Director of ISCN. He studied at the University of Technology Graz and he worked as a researcher and lecturer at this University from 1991 - 1996. In 2 European mobility projects (1993 and 1994) he was involved in the foundation of ISCN, and he became the director of ISCN in 1997. He is/has been the technical manager of many European projects:
· TEAMWORK - Strategic E-Working Platform Development and Trial, 2001-2002
· ORGANIC (http://www.innovationmanager.org) - Innovation Management Strategies for Europe (2003 - 2006)
· EQN (European Quality Network) , http://www.eu-certificates.org


He is the general chair of EuroSPI (European Systems and Software Process Improvement and Innovation) Initiative. See EuroSPI 2007 at http://2007.eurospi.net , http://www.eurospi.net He is a principal ISO 15504 lead assessor. He is a founding member of the INTACS (International Assessor Certification Scheme) Board (www.intacs.info). In the CREDIT project he was responsible for the architecture of the systems and later became the project leader of the Capability Adviser system (Skills and ISO 15504 Assessment Portals) development. In the project EPI he was the technical manager responsible for the integratrion of Capability Adviser with a set of LMS (Learning management Systems) in Europe and Eastern Europe.
He is the moderator of industry task forces in Europe in the field of innovation and improvement:
- SOQRATES (www.sowrates.de) task forces (not to confuse with EU program) where 24 leading firms collaborate and exchange innovation knowledge (ZF Friedrichshafen, Siemens, Continental, T-Systems, Panasonic, G&D, etc.)
- S2QI task forces (Siemens, Magna, Flextronics, TU Graz, etc.)

Tjoa Min: Where and why we need semantic modelling in software engineering
#

A historical perspective of conceptual modelling and there interactions with software engineering concepts to demonstrate the necessity of accurate information modelling for the development of quality software is presented. Based on this analysis which is inherently linked with Parnas’ information hiding principle current and future perspectives in the software engineering domain based on recent semantic modelling approaches will be investigated.

About A Min Tjoa

A Min Tjoa is since 1994 director of the Institute of Software Technology and Interactive Systems at the Vienna University of Technology. He is currently also the head of the Austrian Competence Center for Security Research. He received his PhD in Engineering from the University of Linz in 1979. He was Visiting Professor at the Universities of Zurich, Kyushu and Wroclaw (Poland) and at the Technical Universities of Prague and Lausanne (Switzerland).
He was the president of the Austrian Computer Society from 1999 to 2003. He is member of the IFIP Technical Committee for Information Systems.
His current research focus areas are Data Warehousing, Grid Computing, Semantic Web, Security, and Personal Information Management Systems.
He has published more than 150 peer reviewed articles in journals and conferences. He is author and editor of 15 books.

A considerable body of work on model-based software debugging (MBSD) has been published in the past decade. We summarise the underlying ideas and present the different approaches as abstractions of the concrete semantics of the programming language. We compare the model-based framework with other well-known Automated Debugging approaches and present open issues, challenges and potential future directions of MBSD.

Markus Stumptner studied Computer Science and got his Ph.D. degree 1990 at TU Vienna, where he worked at the Institute for Information Systems since 1986. He was Senior Researcher at the Christian-Doppler-Labor for Expert SystemS, 1999-2000 Professor at Johannes Kepler University Linz in the field of Data & Knowledge Engineering.
Since 2001 Chair of Computing an the University of South Australia, Adelaide, head of the research group Knowledge & Software Engineering, since 2003 Director of the Advanced Computing Research Centre, co-founder of the "Mawson Institute for Advanced Manufacturing".
His present research interests are in the fields of Data- and Process Integration, model-based reasoning particularly within the ranges diagnosis and debugging.
Markus Stumptner is participant in the Collaborative Research Centres (CRCs - CRCs - distributed authority centers) for Enterprise Distributed Systems Technology, Integrated Engineering Asset Management and Advanced Automotive Technology. Present main project partners are amongst others General Motors/Holden, Australian Nuclear Science & Technology Organisation (ANSTO), Defense Science & Technology Organisation (DSTO).
Continue to Track 8
< vorheriger Artikel zum vorigen Artikel: 'Dazwischen'
nächster Artikel >zum nächsten Artikel: 'Hauptvortraege'