45 years of risk research at IIASA#

Joanne Linnerooth-Bayer started as a research assistant at IIASA in 1972 and today is the Director of the Risk and Resilience (RISK) Program and Dean of the YSSP. She shares her story as a risk researcher at IIASA over the last 45 years.# 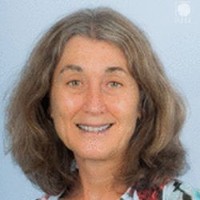 In 1972, I remember walking into an office in Vienna’s 3rd district with Silfver Newton behind the desk and asking if IIASA is hiring. Silfver, not sure how to answer as there were no job applications printed much less job postings or even offices at that time, took my name and phone number saying she will pass it around. I never heard back from Silfver, but later learned she did pass my name to Howard Raiffa and many others as promised.

I ended up working for IIASA on “Energy in a Finite World” with a desk located at the IAEA. Wolf Häfele was conducting the energy study and was puzzled, as many scientists at that time, about why a technology that had been shown to be safe, with rigorous quantitative risk analyses, was not accepted by the public. After a long intellectual journey that took me to topics of risk perception, the public understanding of science and to the work of anthropologist Mary Douglas, who proposed that risk is constructed (even by experts) to solidify social relations, I came to appreciate social complexity and soft systems science.

This was during a time before computers and email. We would hand write papers and only have one round of editing after the paper had been typed up. And when one wanted to invite colleagues to a workshop, an invitation went out by mail and you had to wait for it to arrive before receiving a reply; a process that would take a minimum of 2 weeks. It seems worlds away from today.

My journey at IIASA continued by working with many celebrated risk researchers including sociologist Brian Wynne, who taught me the fallacy of a neutral calculus of risk, economist Howard Kunreuther, who was later dubbed the ‘irrational economist’, Nobel prize winning economist Tom Schelling, who never failed to amaze me with his ability to reduce complex issues to their simplest forms, and IIASA’s own Yurii Yermoliev, who taught me the danger of expected value calculations for policy appraisal. Perhaps the biggest highlight for me personally was Howard Raiffa agreeing (at a Heuriger) to serve on my dissertation committee, even to pay his own plane fare from Boston to Washington. He arrived at the University of Maryland with much fanfare, and a thrilled PhD student.

After the nuclear policy research, IIASA’s interdisciplinary team addressed topical and contentious social policy issues, from liquid natural gas storage, hazardous waste, pension reform to today’s strong focus on extreme climate events. The hurricanes that swept across the Caribbean, the floods in Asia, heatwaves in southern Europe and wildfires in California, all in the last few months, point to a clear need for transforming the way communities manage these risks from reactive to proactive policies. Not surprising, the latest IPCC report, where I was pleased to be among its lead authors, moved the climate change discourse to risk management with a need to address the question so fundamental to this and earlier risk debates: how can the world community manage risks that are characterized by high stakes, huge uncertainties, expert and public disagreement, vast networks of stakeholder, plural frames of the problem, and lack of political will? This is foremost a question of governance. 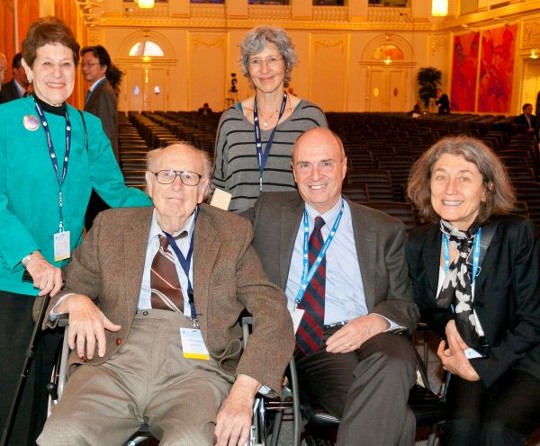 Today systems analysis, risk modeling, risk policy analysis and transformative governance are fundamental to the mission of IIASA’s Risk and Resilience Program (RISK). IIASA researchers are making a difference to global and local risk policy debates by focusing their attention on such issues as the recent Loss and Damage pillar of the climate regime, safety nets for the world’s most vulnerable households, flood resilience across the developing world, systemic economic risk, the fiscal resilience of government budgets, and the risks of transitioning to renewable energy. RISK contributes with novel modeling techniques and its own brand of stakeholder engagement respecting plural frames of the problems.

As the RISK Program continues to help transform the ways in which societies manage risks associated with global change, IIASA will do the same in addressing the global challenges that are far too complex to fit into a simple box.

Joanne Linnerooth-Bayer is Program Director of the Risk and Resilience (RISK) Program at the International Institute for Applied Systems Analysis (IIASA) in Laxenburg, Austria. She is an economist by training, and has received a BS and PhD at Carnegie-Mellon University and the University of Maryland, respectively. Her current interest is global change and the risk of catastrophic events, and she is investigating options for improving the management of catastrophic risks in transition and developing countries. She and her colleagues have carried out extensive research on this topic and are developing options for the donor communities, as well as the climate adaptation community, to support insurance and other forms of pro-active disaster assistance. This research is part of her broader interest in governance and burden sharing especially in the context of adaptation to climate change.

Dr. Bayer is an associate editor of the Journal for Risk Research and is on the editorial board of Risk Analysis, Risk Abstracts, and Journal of Natural Resources Policy Research. She serves on the boards of the Austrian Climate Research Program, the Munich Climate Insurance Initiative and the European Commission Environment Advisory Committee. Other affiliations include the faculty of Beijing Normal University and the Science Committee of the Chinese Academy of Disaster Reduction and Emergency Management.